CLARKSON, N.Y. (WHEC) — A man is dead, and four others are injured following a three-car crash in the town of Clarkson.

The Monroe County Sheriff’s Office responded to the area of 3801 Monroe Orleans County Line Rd. at around 5:30 p.m. Friday.

Deputies say two cars traveling southbound were "messing around" when one of the cars crossed over the double solid lines to pass the other, hitting a car traveling northbound.

A man was pronounced dead at the scene, and four others were taken to the hospital. Deputies say they are currently in stable condition. 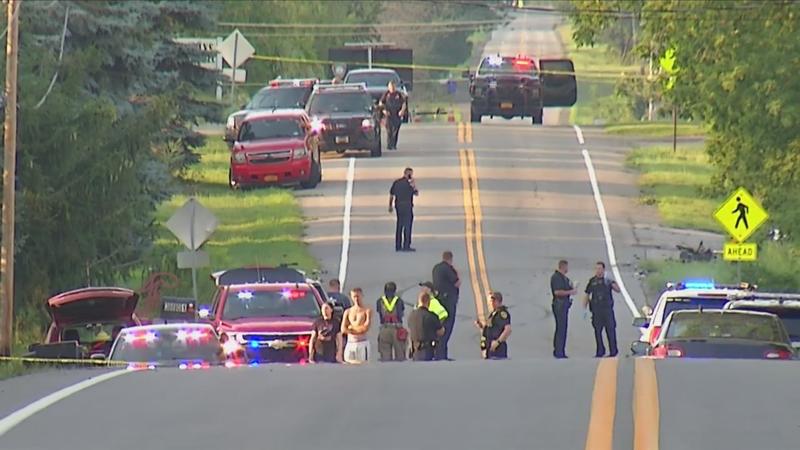 Deputies did not say which car the man was in and have not yet released his name or age.

Monroe Orleans County Line Road was closed between Route 104 and Edmunds Road for several hours as deputies investigated, but has since reopened.

Deputies are still determining if anyone will be charged.