Editor’s note: Rochester Police updated the age of the victim.

It happened just before 4 p.m. as the task force was driving in the area. Members heard the shots fired and saw an SUV drive off. The vehicle later crashed on Woodman Park and everyone inside ran. After several brief foot chases, five people were taken into custody.

The SUV had been reported stolen from Pittsford.

The 14-year-old male was found back on Rosewood Terrace with a gunshot wound to his lower body. He was taken to Strong Memorial Hospital where his injuries are non-life threatening. 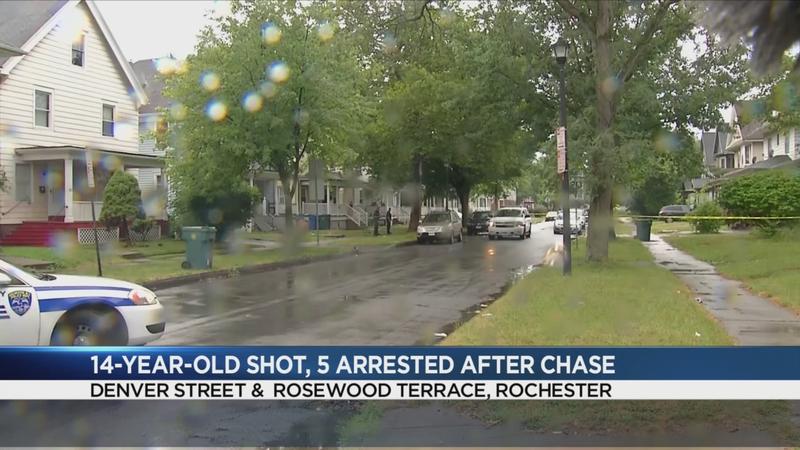