GREECE, N.Y. (WHEC) — A 16-year-old girl who was at the Dewey Avenue Walmart in Greece Thursday night when shots were fired relives a terrifying experience. Greece Police are still searching for the two gunmen who were involved.

Investigators say this all unfolded Thursday night after the two men, who both had guns, got into an argument inside the store. That dispute spilled out to just outside the front doors where they exchanged gunfire.

Sarah said she was with her older brother and a friend, using the self-check-out station inside the store when suddenly, they were dropping to the ground in fear. 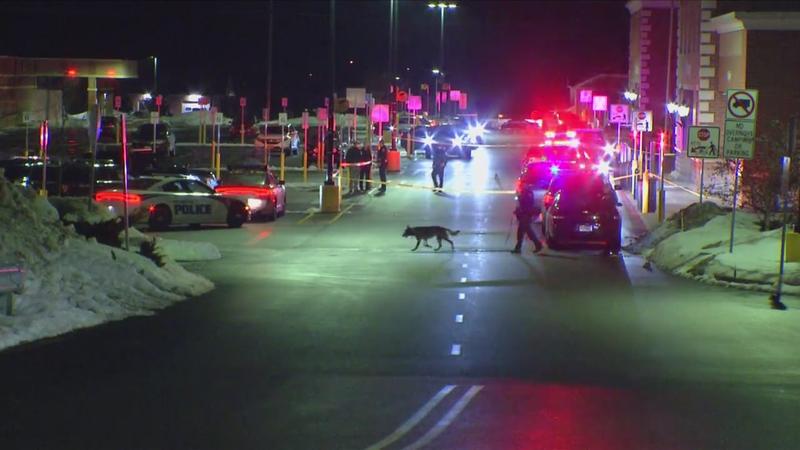 “It was like, ‘Boom, boom, boom,’ just a bunch and then the next thing I remember is all of us just on the ground,” Sarah said.

A quick run to the store for cooking supplies turned into a night of terror for Sarah.

"Holding on to my friend and my brother, because I’m just like, we didn’t know what was happening, we didn’t know if the person was in the store or anything, other people who were standing in shock and others were screaming, get down get down,” Sarah said.

No one was hit, but the store was shut down and evacuated.

"I’m assuming it was someone who worked there, was yelling I need everyone to get to the back of the store right now, so then we all got up, and I grabbed my brother and my friend and we didn’t know if this was in or where they were shooting so we crouched down and got out as fast as we could someone was there with the door open,” Sarah said.

Sarah said store employees rushed everyone to the back of the store. Though she was frantic, Sarah said she was able to maintain a calm composure as people rallied to help one another.

"There was still people standing by the door, being like come on come on get out, not just workers but people out shopping,” Sarah said.

Sarah says when she was safe, the first thing she did was called her dad.

"She started telling me there was a shooting at Walmart, we had to run out the back door, and she told me what happened and I just started shaking,” Sarah’s father, Brian Fields, said.

Police say this was an isolated incident, and they don’t have anyone in custody right now. Walmart released a statement to News10NBC saying, “The safety and security of our customers and associates is always a top priority. We are grateful no one was hurt."

Sarah has a message to the two gunmen in question.

"You’re hurting yourself and so many people, there are probably 200 or 300 people in that store who will be traumatized for the rest of their lives.”