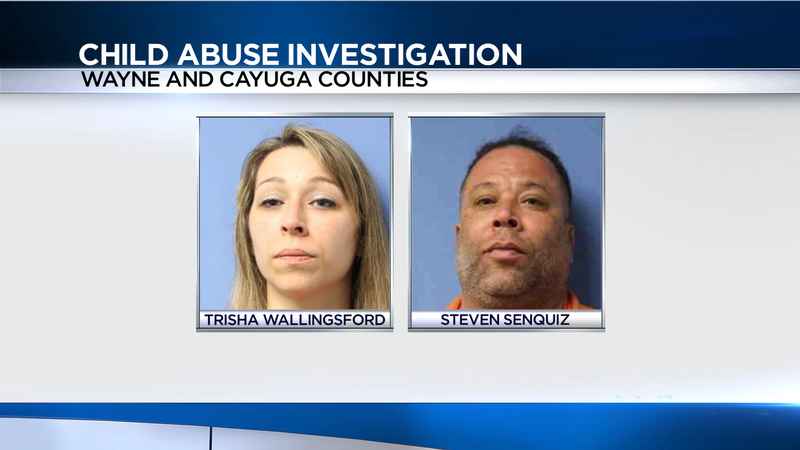 VICTORY, N.Y. (WHEC) — A Cayuga County man and woman are facing charges after the Wayne County Sheriff’s Office says it received reports that four small children were not at school after reports that they were in the road unsupervised.

It happened on April 28. Deputies found the children as they were traveling toward State Route 104 before 8 a.m., and said the kids were dirty and appeared to lack proper hygiene.

Steven J. Senquiz, 53, and Trisha A. Wallingsford, 29, both of Victory, were charged with four counts of endangering the welfare of a child less than 17 years of age.

Deputies say during the investigation, they learned that there had been several referrals to Cayuga County CPS made since the beginning of the school year alleging that Wallingsford had failed Wallingsford to provide food, clean clothing, proper hygiene, supervision, and a safe living environment for her four children and that they were coming to school with dirty soiled clothing, lack of hygiene, visible marks/bruises and complaints of hunger and/or not being fed, lack of supervision and abuse.

The children are now living with outside family members and deputies say their school district helped collect clothing and other items they needed.