WILLIAMSON, N.Y. (WHEC) — Two more 17-year-olds are facing charges in connection to the quadruple shooting that happened in Williamson on Wednesday.

On Friday, they were charged with first degree assault, first degree burglary and first degree criminal use of a firearm and arraigned virtually by Wayne County Youth Part Court from their hospital rooms.

New York State Police say the suspects were released on pre-trial conditions and are still in the hospital at this time. 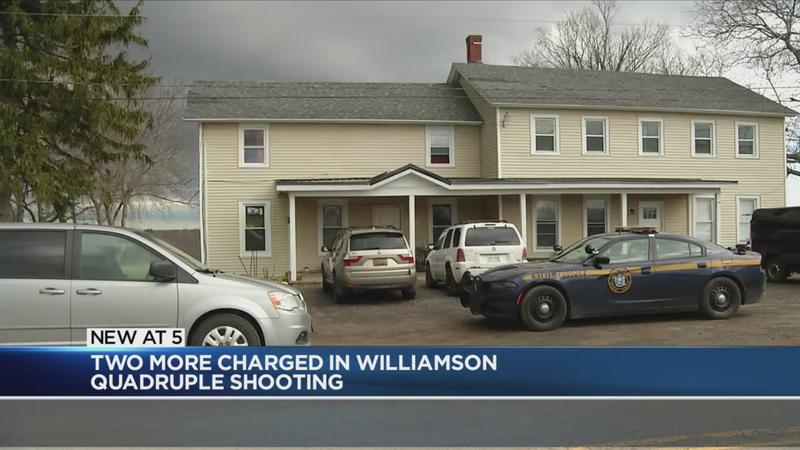 New York State Police at the scene of the March 23, 2022 shooting in Williamson, Wayne County.[News10NBC]

The shooting happened in a Pearsall Road apartment at around 5:30 p.m. on Wednesday, March 23.

Troopers have still not released a motive, but previously said they believed the suspects know each other.