ROCHESTER, N.Y. (WHEC)— Rochester fire crews say two people were taken to the hospital after a Wednesday morning fire at a three-family home.

Crews went to the scene on Sherman Street near Woodrow Street just after 6:30 a.m. The call came in from neighbors who believed people may have been trapped inside.

Ryan said two people, including a woman in a wheelchair, had to be helped out of the home. They were taken to Strong Memorial Hospital to be treated for minor smoke inhalation. Two other people in a different unit of the home were able to make it out safely. A third unit was vacant at the time. 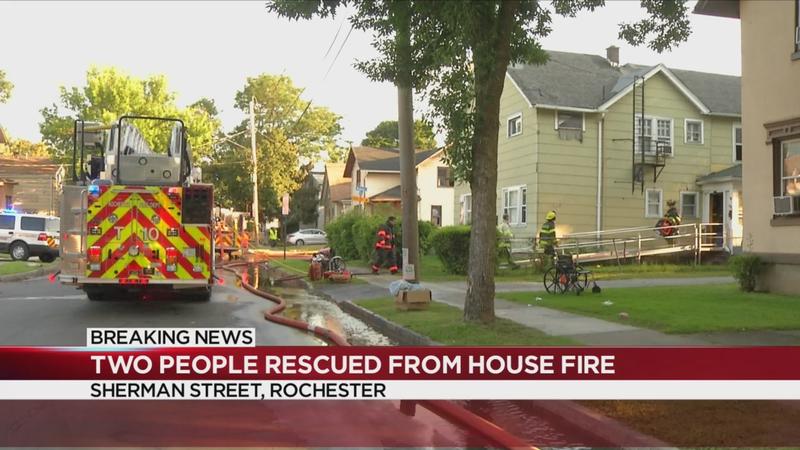 Fire damage was contained to the room, while the other apartments suffered minor heat and smoke damage.

The cause of the fire is under investigation.