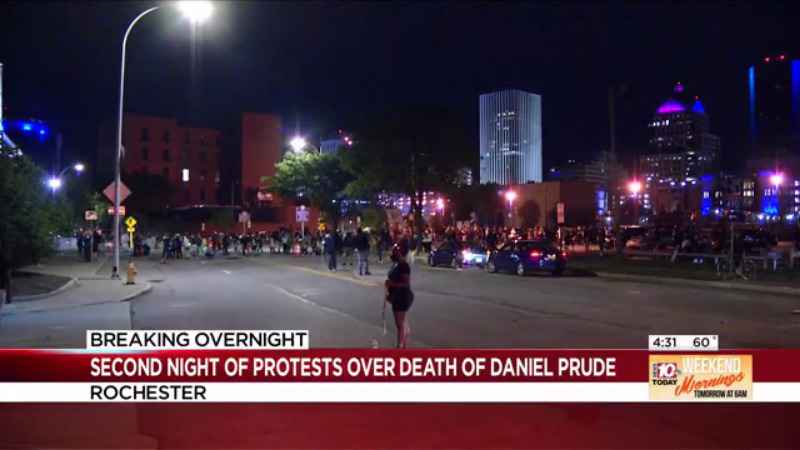 ROCHESTER, N.Y. (WHEC) — Two Rochester Police officers were injured and eight demonstrators were arrested in a second night of protests over the death of Daniel Prude.

The individuals arrested include:

The officers were treated and have been released.