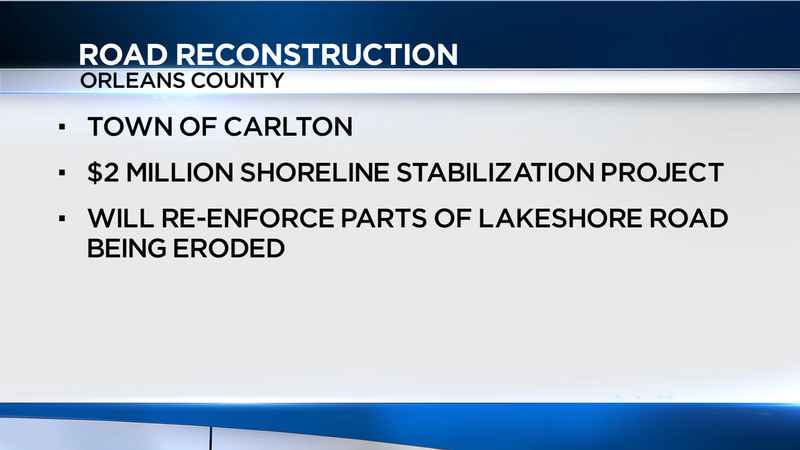 The Shoreline Stabilization Project will help protect roadways along Lake Ontario in the town of Carlton.

The $2 million overhaul is part of the governor’s Resiliency and Economic Development Initiative (REDI).

The project aims to reinforce a part of Lakeshore Road, a major thoroughfare and home to several residences, that has been eroded by the lake.

Without the project, the state says the road could have collapsed.

REDI was launched in response to flooding patterns along the Lake Ontario shoreline. Five REDI Regional Planning Committees were created to identify local priorities, infrastructure and other assets at risk of flooding and public safety concerns.