3 injured, 1 critically after crash on Thruway near Batavia

BATAVIA, N.Y. (WHEC) — Three people are injured, one critically so, after a serious crash involving three vehicles on the NYS Thruway that shut it down for hours Thursday night.

It happened just after 6:30 p.m. on the westbound side between the Le Roy and Batavia exits. Troopers say a 2015 Toyota Highlander and a Ford F-350 towing a flat deck trailer were stopped when a 2018 Chevrolet Equinox hit the trailer from behind, causing the Ford to hit the Toyota. The Equinox caught fire.

Troopers the driver of the Equinox, TeShawn A. Lang-Smith, 25, of Batavia, was flown to Strong Memorial Hospital with life-threatening injuries. As of Friday, he is still in guarded condition.

The two passengers of the Equinox, Leonard Johnson, 29, and Nicholas D. Scott, 26, both of Batavia, were taken to Strong Memorial Hospital with serious injuries.

Troopers say the driver of the truck, Ronald D. Thompson, 65, of Oak Grove, Minnesota, was not injured but did have an active felony warrant for fraud out of Nevada with a full extradition and bail set at $26,875. He was taken to the Town of Batavia Court where he is awaiting arraignment as a fugitive from justice. 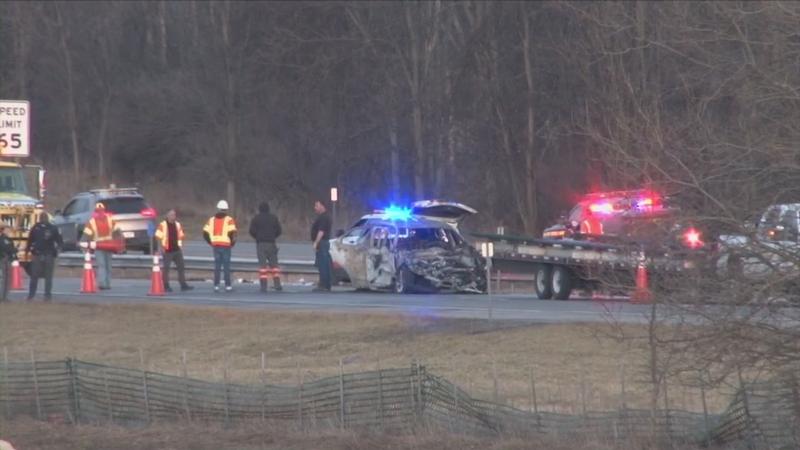 All westbound lanes were closed for more than four hours.

Troopers said Friday that the crash is still under investigation.