Jaynes, Kelly Goodlett, who along with Jaynes was a detective in the Place-Based Investigations unit that investigated drug trafficking, and Sgt. Kyle Meany, who supervised the unit, were charged with falsifying an affidavit.

In a separate indictment, Brett Hankison was charged with using excessive force while executing the search warrant. 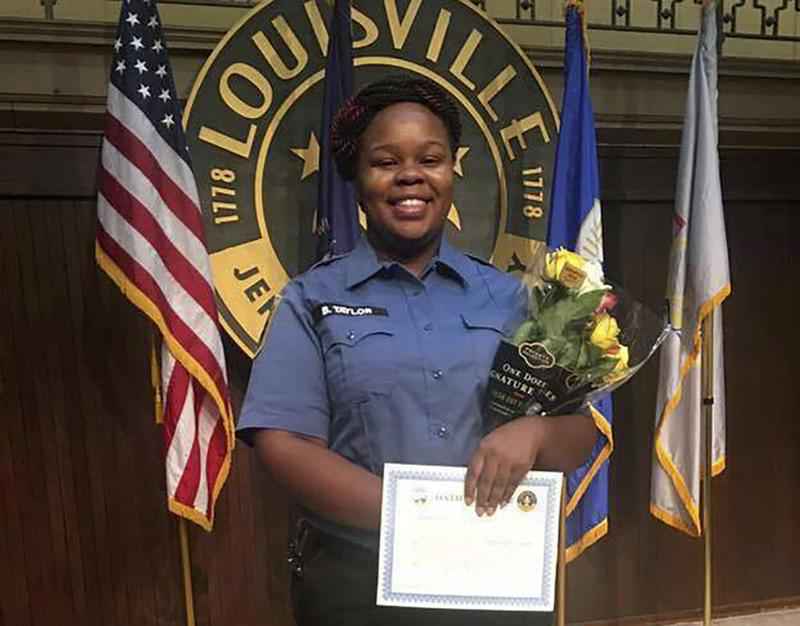 During the early morning raid, officers opened fire, killing Taylor, after her boyfriend, believing an intruder was trying to break in, fired a gun toward the door.

Taylor’s boyfriend lawfully possessed the gun, Garland said. And after he fired and struck an officer, two officers then fired 22 shots, one of which fatally struck Taylor in the chest, Garland said.

"The federal charges announced today allege that members of the Place-Based Investigations unit falsified the affidavit used to obtain the search warrant of Ms. Taylor’s home," Garland said, adding "that this act violated federal civil rights laws and that those violations resulted in Ms. Taylor’s death."

Garland also said the search warrant was sought while officers knew they lacked probable cause for the search. Jaynes and Goodlett, Garland said, falsely claimed officers verified the target of the alleged drug trafficking had received packages at Taylor’s address.

"Defendants Jaynes and Goodlett knew that was not true," Garland said.

The bungled raid targeted Taylor’s ex-boyfriend, a convicted drug dealer, who was not in the apartment at the time. That man, Jamarcus Glover, has said Taylor had no involvement in the drug trade.

The officers involved in the raid were unaware of the misleading statements in the search warrant affidavit, Garland said.