65 displaced residents of Pines Of Perinton apartments in temporary housing

FAIRPORT, N.Y. (WHEC) — Sixty-five victims of a fire that destroyed part of the Pines Of Perinton Apartment Complex have all been moved to temporary housing.

Tuesday, they spent the entire day at the Perinton Community Center.

The center was full of donations, coats, shirts, pants you name it. At one point, town officials had to pause physical donations because there was so much.

Shirley Hall, one of the fire victims, told News10NBC her apartment is a total loss. She said thinking about crews tearing down debris the fire left behind had her on the verge of tears.

"I’m going through a loss, I broke down because it got overwhelming, you know what I mean,” Hall said. 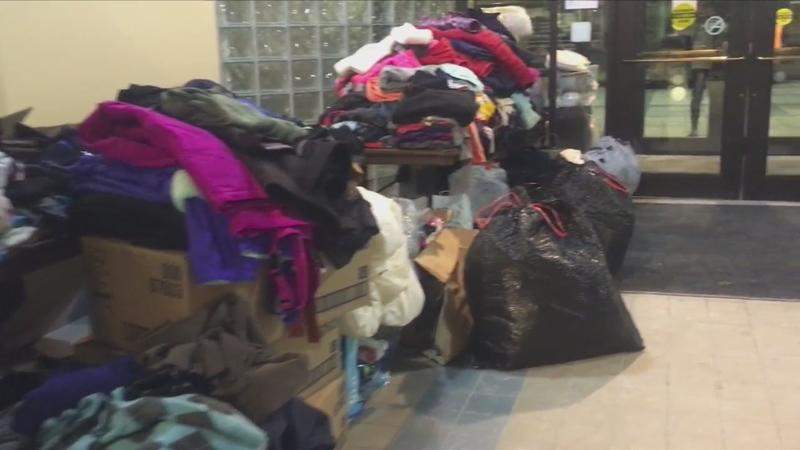 Flames ripped through a portion of the Pines Of Perinton Complex early Tuesday morning. We first met Hall when she and 65 other fire victims were offered support at the community center.

"All the people who were sending food, and I love that they handled the kids so well with the programs,” Hall said.

The superintendent of schools for the Perinton district said about 40 students were victims of the fire. The super says the community helped keep things as "normal" as possible for the little ones.

"Kids are resilient they’re playing right now in the gym, creating activities we had people come in and donate their time to help keep it as normal and fun as possible,” Brett Provenzano said.

Hall says the community support is what’s keeping her head up, but there’s one thing she feels matters most.

"The only good thing out of all of this is that no one died,” Hall said.

Physical donations are on pause because there is so much to sort through and hand out, but there are other ways to donate. Updates on when physical donations will be taken again can be found here.