7 confirmed cases of Monkeypox in Monroe County according to CDC

ROCHESTER, N.Y. (WHEC) – There are now seven confirmed cases of Monkeypox virus in Monroe County, according to the Centers for Disease Control and Prevention. As of Tuesday, there are 2,104 cases in New York State. The New York City area accounts for 1,965 cases.

The Biden Administration is preparing to move forward with a plan to stretch the limited supply of Monkeypox vaccine doses, as cases go up.

Monkeypox is a rare, viral infection that does not usually cause serious illness. However, it can result in hospitalization or death. That’s why health officials in New York, the U.S., and around the world are monitoring cases of monkeypox in areas that do not usually report monkeypox infections, including in New York State.

Monkeypox spreads through close, physical contact between people. This means anyone can get monkeypox. However, based on the current outbreak, certain populations are being affected by monkeypox more than others, including men who have sex with men. Based on previous outbreaks of monkeypox around the world, some groups may also be at heightened risk for severe outcomes if they contract monkeypox. This includes people with weakened immune systems, elderly New Yorkers, young children under 8 years of age, and pregnant people.

New Yorkers who experience symptoms consistent with monkeypox, such as characteristic rashes or lesions, should contact their health care provider for a risk assessment. This includes anyone who traveled to countries where monkeypox cases have been reported or has had contact with someone who has a similar rash, or who received a diagnosis of suspected or confirmed monkeypox. 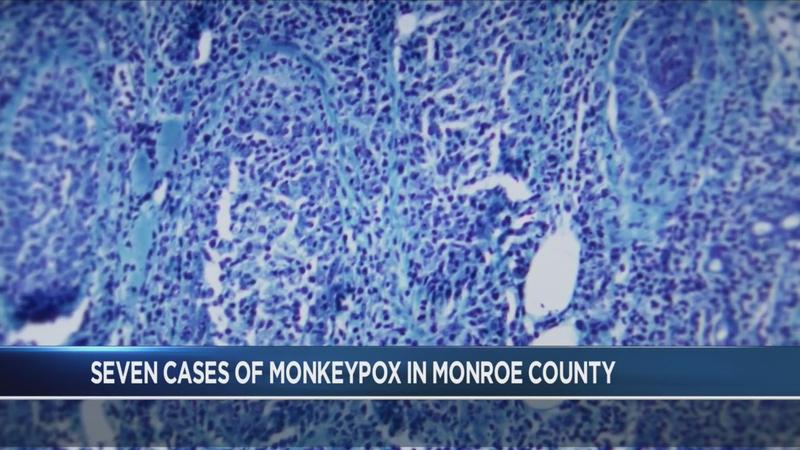