9 days after fire, tenants told their leases are getting terminated, but now changes

Some of the families have school-age children and they’re two weeks from the first day of class.

The families contacted News10NBC and changes have already started.

I alerted Pathstone on Friday. I wanted to give them time to work on this. 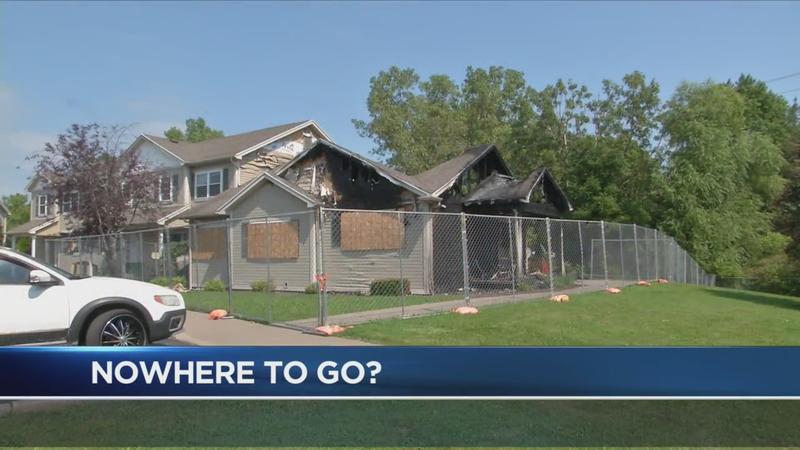 Monday morning, I spoke to PathStone’s vice president of property management, Kathryn Bryan, and in the morning she said the organization was working to make accommodations.

The letter signed by Bryan and sent on Aug. 19 told the families that in 30 days from today, their lease is done.

"I would have been dead," Sylvia Durr said looking at her burned-out townhouse in Scottsville. Durr was not home at the time of the fire.

The townhouse is called Briarwood Place.

A fire destroyed Durr’s unit and the other three units in the building are condemned including the unit for Brittany Medeiros and her three children.

The families are living in a hotel now, paid for by PathStone.

In the letter sent days after the fire, PathStone told families that based on Section 16 of the lease, it’s "terminating your lease effective September 30th."

"And after that, if we don’t find an apartment we’re going to be homeless," Durr said Friday.

Brean: "If they put you in a different unit, you would go there and pay rent?"

Brean: "Did you get any explanation as to why they decided to terminate the lease?"

Durr: "No. Nobody would call, I called twice. I left a message."

The sign at the entrance to the townhouse street says "vacancy."

Just before 2 p.m. Monday, PathStone VP Bryan emailed me and said Brittany Medeiros and her children are getting a vacant unit at Briarwood Place on Sept. 1.

Two other displaced families agreed to take PathStone properties in Henrietta and Geneseo and when they reach Sylvia Durr, she’ll be offered a local unit too.

PathStone didn’t say what prompted the change but we can report the tenants we spoke to said the first time they heard from PathStone since that letter was Monday morning.

There’s not a lot of material online about landlords terminating a lease after a fire.

Here is an interview with attorney Don Chesworth from the firm of Tully Rinckey talking about that issue:

The Scottsville fire chief says the county is still investigating what started the fire.