A change of heart: one Irondequoit man’s story to a healthier life

IRONDEQUOIT, N.Y. (WHEC) — Meet David Arduini of Irondequoit. He ignored his health concerns for many years – until it was nearly too late. He admits that for most of his adult life, he did not take his health as seriously as he should have.

Diagnosed with diabetes in his 20s, he says he was in denial. He stopped taking his medications and going for follow-up visits at the doctor’s office.

“When I was first diagnosed with diabetes, I was warned about the side effects it would have down the line, but I wasn’t feeling any of those side effects, so I think it made it easy to be in denial about all of that," Arduini said.

However, in January, he started having kidney problems and noticed swelling in his legs and midsection, all of which was brought on by diabetes.

Arduini’s doctor at Rochester Regional Health did additional testing and discovered he had another problem – a potentially fatal one. Arduini was having heart failure.

Brett Davidsen: Do you remember the conversation you had with the doctor when he said, "hey, you’ve got some issues with your heart?"
David Arduini: Yeah, it was a whirlwind. I was going through a lot of things. It was a very scary time. 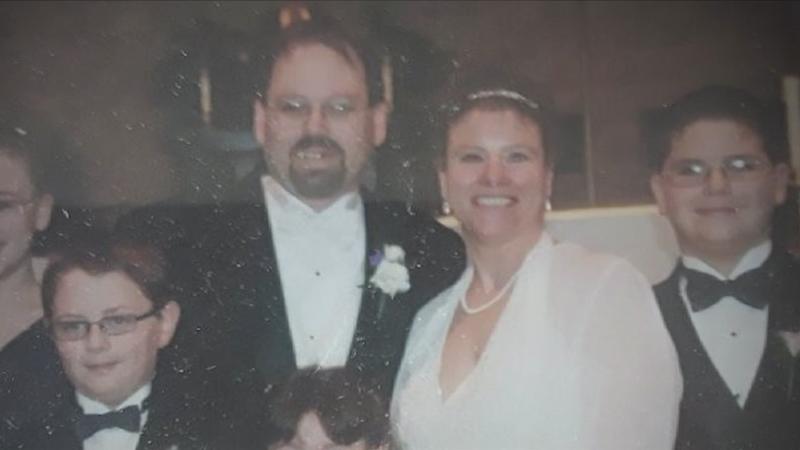 "When we first met him, the heart was weak. The main pumping chamber of the heart was quite weakened and not getting blood flowing out to the body properly," said Dr. Elizabeth Lee, who specializes in advanced heart failure and cardiology at Rochester Regional Health.

"So, one of the chambers of my heart was totally closed off, not even going to be used again. I had blockages in the other three; one was fairly severe, the other two not as severe," Arduini explained.

"I think it would have been a progression of the heart failure symptoms that would have really made it difficult for him to even move about or breath properly," Dr. Lee said.

Doctors at Rochester General Hospital did bypass surgery using a robotic technology that came with less risk given Arduini’s multitude of health issues.

"It’s a bypass surgery, but instead of cutting into his chest like we normally do, we use small devices to enter the chest and it’s a minimally invasive technique to get the blood flowing around the blockage," Dr. Lee said.

That was nine months ago.

Arduini is on the road to recovery. He goes regularly to physical therapy. He is also eating better and has lost 60 pounds.

"My diet has changed. I’m watching sodium. I’m watching sugars, checking my vitals every morning, taking my blood pressure, my sugar. my heart rate. I log that every day," he said.

Brett Davidsen: What’s motivating you right now?
David Arduini: Staying alive and still wanting to live a life I like. I want to go out and do things. I want to go golfing, get back to bowling, things I enjoy. My family.
Brett Davidsen: Probably a lot of the motivation is sitting right next to you.
David Arduini: Yes, very much so. I wouldn’t be doing nearly as well as I’m doing without her.

His wife, Kathy, says the swelling her husband was experiencing was, in some ways, a blessing in disguise.

"Thank goodness he had the swelling and thank goodness it brought him to the hospital so that all of this could be diagnosed and dealt with," she said.

And, David says thank goodness he lives in an area of the country where heart care like this is an option.

"I just want to say how appreciative and thankful I am that all the different teams of doctors that I have got together and worked together to come up with a common solution," Arduini said.

Now, he is on the road to recovery after needing heart surgery.

Tune in starting Monday night at 7:30, right here on News10NBC.

Click here if to watch other Health & Wellness Week specials.