ROCHESTER, N.Y. (WHEC) — When she was five years old, women got the right to vote. She was a teenager when family members began the move from the deep south to Rochester during that period in the 1920s called "the great migration." And she was 48 when Martin Luther King Jr. told us all about his dream. She has seen a world of change, and she may be Rochester’s oldest citizen.

On Feb. 5, 2022, she celebrated her 107th birthday. Mammie Lee Henderson Rambo is a part of Rochester’s Roots.

She arrived at her birthday party like royalty, carefully carried to the regal throne that sat center stage.

"She’s the queen of this family, and she needs to be recognized," said Lila Anderson, Rambo’s niece.

So her family planned a party filled with pomp, pageantry and bathed in the purple, Rambo’s favorite color. I had the great pleasure of serving as emcee of the event. 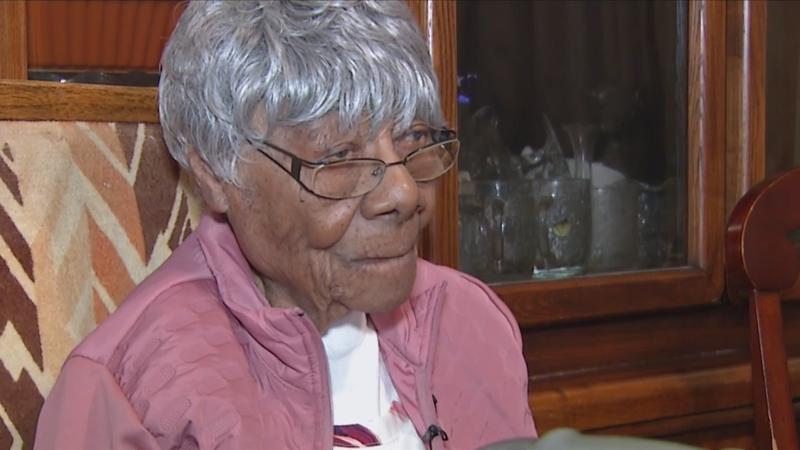 "And what she’s probably seen during black history month! And coming up from the south in Georgia, and what she probably endured as someone coming up pre-civil rights," said Rochester Mayor Malik Evans.

As a child of the segregated south, life was far from easy. But that wasn’t her prevailing memory as we chatted at her daughter’s home. Her greatest memory was the strength of her mother’s love.

"She loved me and did all she could for me. And I thanked her for it,” Rambo said.

Rambo lived independently in her Georgia home until she was 105. That’s when her daughter brought her home to Rochester where she is pampered by her big family.

"I look at all of them, and I say that’s mine! That’s mine, and that’s mine!” she teased as she pointed at each of her family members.

Yes, they are all hers, generations of descendants who treasure her. One of the highlights of the party was a surprise from the mayor.

"On behalf of the citizens of Rochester, we’re proud to present Mammie Lee Henderson Rambo the key to the city of Rochester, New York," Evans said.

Perhaps the most moving moment of the party was a dance by her great-niece, Lakeya Quinn Joseph. Through the rich cultural tradition of praise dancing, she expressed beautifully the true significance of the event—the strength of their faith, the bonds of their family, and the life of a matriarch.