A quiet night for Rochester, but not for this News10NBC reporter

ROCHESTER, N.Y. (WHEC) — Not everyone agrees Sunday night’s demonstration at the Public Safety Building was peaceful.

There have been posts on social media claiming there was violence and a knife-wielding mob who attacked a News10NBC reporter.

Many people at the protest Sunday night left with the same impression. Protestors, local leaders and police mostly believe it was peaceful and productive. Chanting and speeches were uninterrupted.

Rochester Police sent out a statement saying there were no arrests to report, and they thanked the group of community elders at the protest.

Around 9:30 p.m. Sunday, however, protesters were marching down Exchange Boulevard toward the Public Safety Building. 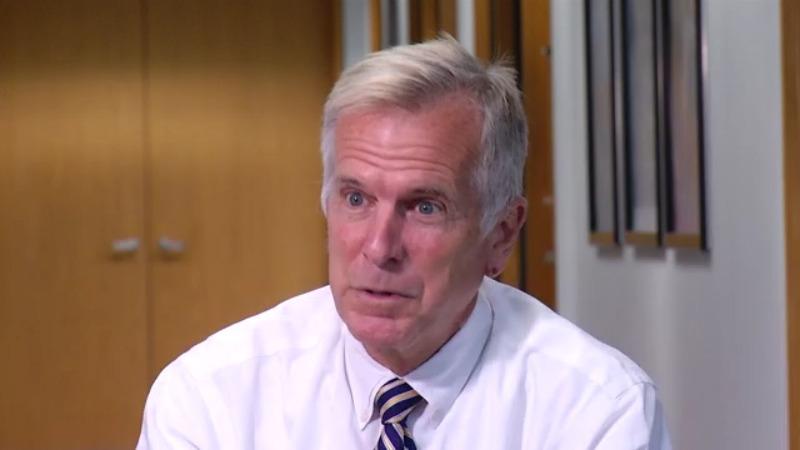 News10NBC’s Charles Molineaux was taking pictures with his phone as they were approaching.

Molineaux says he was with a security guard when a few people asked, "What are you doing? Are you doxxing people?"

“First I heard from anybody asking who we were, I said we were local TV news,” Molineaux said. “I didn’t say ‘Channel 10’ because some of the organizers of the protests have been angry at channel 10 for some reason. I didn’t want to go there right away. And I also wasn’t wearing my channel 10 insignia for that reason. So I said local TV news, then eventually did say ‘Channel 10.’”

Molineaux says a young woman, who identifies herself as an independent journalist on social media, had her phone up recording him. His security guard was speaking with the woman when more people walked up to them, and the guard told Molineaux, "We have to go."

They started heading into the parking lot, and that’s when someone swung at them with a flag pole and some objects were thrown at them.

Molineaux posted a picture on Twitter saying they were being attacked.

Molineaux said they left the area but returned soon after to meet with his photographer.

The whole incident took a few minutes and was the only confrontation Sunday night that we know of.

Molineaux and the security guard were not injured.

The group went back to the demonstration, and Molineaux and the security guard left the area. Shortly after, he was live on News10NBC at 11.