Hundreds of abortion rights activists showed up at Batavia City Hall on Sunday after SCOTUS overturned the federal protection on abortions.

Demonstrators say they are worried that this is just the first domino to fall. Several abortion rights protestors spoke:

"I don’t think we should be having to fight the battles that our grandmothers already won. Abortion is healthcare. Abortion is necessary. And they won’t stop here,” Erica O’Donnell said. 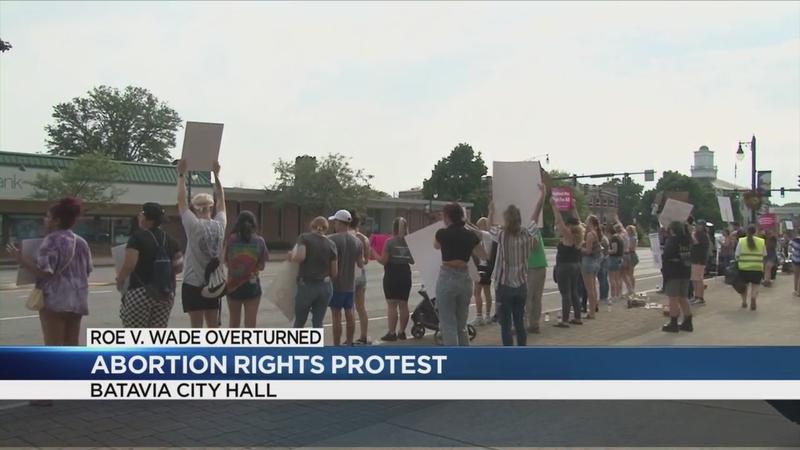 "Who are you to jam your religious beliefs down my throat and tell me that I’m going to hell over healthcare, or that my daughter doesn’t have the same rights that I have, and my mother had and my grandmother fought for? I’m angry,” Gabby Smith exclaimed.

Republicans have largely praised the decision, calling it a victory for life.