ROCHESTER, N.Y. (WHEC) — Friday, News10NBC told you about an absentee ballot mailed to a Rochester man who died 10 years ago.

Now we can tell you the investigation we started is in the hands of the New York State Attorney General.

It started at the kitchen table of Jim and Karen Noll in the city’s North Winton Village neighborhood.

"This looks like a ballot we got for my father who has been dead for 10 years," Karen said. 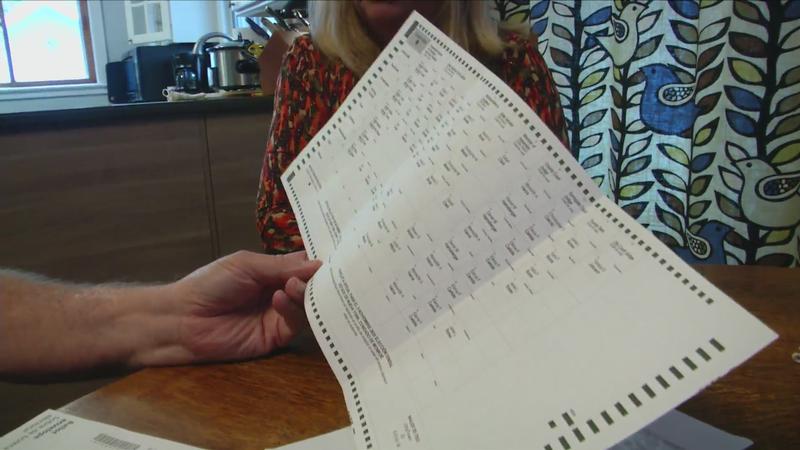 "Because of all the questions about the legitimacy of the mail-in votes this concerned me," she said.

Monday, the Republican commissioner of elections emailed me writing "We have a signed absentee ballot application for said voter. It appears that this matter involves the falsification of a document."

The Monroe County Board of Elections referred the case to the state Attorney General.

Last week, the Suffolk County District Attorney on Long Island charged a man for applying for an absentee ballot in the name of his dead mother. The maximum penalty for the charge is four years in prison.

Brean: "How serious is the issue of ballot fraud?"

Matt Strabone, Represent Us: "That’s the great question, one that has come up a lot this year. I’m happy to say that even before the public health crisis millions of voters took the opportunity to vote absentee with almost no evidence of fraud."

The website says part of its mission is to "fix broken elections" and promote the safety and security of mail-in voting.

In June the Washington Post reported of the 14.6 million mail-in votes in Oregon, Colorado and Washington since 2016, 372 were possible cases of double voting or voting on behalf of a dead person.

Strabone: "We’re talking about 0.0001% of instances of ballots being sent to someone who is passed away and it does not represent some kind of grand conspiracy about voter fraud because the conspiracy doesn’t exist."

Here’s the evidence of potential fraud we found.

We obtained the signatures of Donald Gunther on his old RGE badge and his Florida driver’s license.

We obtained the signature on the ballot application in his name at the county board of elections.

They appear distinctly different. Donald Gunther did not include his middle initial in his signature but the signature on the ballot application does.

When I put in Donald Gunther’s name and date of birth on the county board of elections website it says he is register to vote and his ballot was "mailed out."

Brean: "So this ballot happened. We know it got mailed in the name of a person who died. How does the system prevent that ballot from getting counted?

Strabone: "In the first place they check the signature against the signature they have on file for the voter. So unless someone is doing a masterful job of copying that signature from a dead person’s ID, it’s going to get bounced at the first level."

Then Strabone says the absentee ballot goes through another review, called pre-canvasing, which should find the name on the ballot is of someone dead.

Strabone: "There is vanishingly, I would say zero chance that this ballot would count if it does get cast by someone up to no good."

The AG’s office has not replied to my email questions.