Activists call for the firing of 7 suspended RPD officers

ROCHESTER, N.Y. (WHEC) — Activists are calling for the firing of the seven officers who were suspended with pay over Daniel Prude’s death.

On Thursday, the Community Justice Initiative was joined by other groups supporting the Black Lives Matter movement saying they want the officers charged and fired. The groups are demanding action from city leaders and are calling for the immediate removal for all rogue and racist officers from the police department. 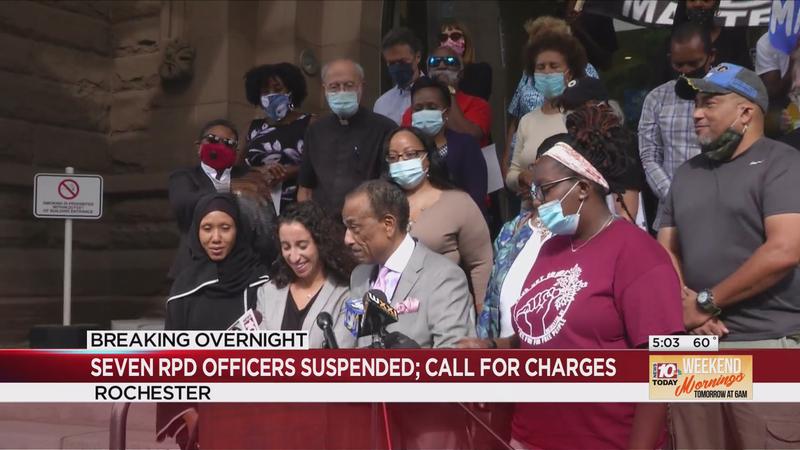 Activists are not only calling for the firing of these officers, but they are also pushing for Mayor Lovely Warren and Rochester Police Chief La’Ron Singletary to resign, calling this whole situation a cover-up.