Advocates push for state to pass Good Cause Eviction bill

ROCHESTER, N.Y. (WHEC) — Community groups in Rochester held a town hall Tuesday on the push to pass a local law they say would prohibit evictions without a good cause.

This comes a month after the Rochester City Council voted down the Eviction Reduction Law, which would have prohibited landlords from evicting tenants without a Certificate of Occupancy or good cause.

The subject of the town hall Tuesday night was the Good Cause Eviction bill, which is similar, but it’s being proposed in the New York State Assembly and Senate. It would require New York landlords to provide good cause for evictions and to justify drastic increases in rent.

"For us to gain more stability in our neighborhoods, we need to actually get more protections to the people," said Sidy Grandoit with the NYS Jails Justice Network. "We understand that when people don’t have adequate secure housing when they’re facing eviction, that leads to desperation." 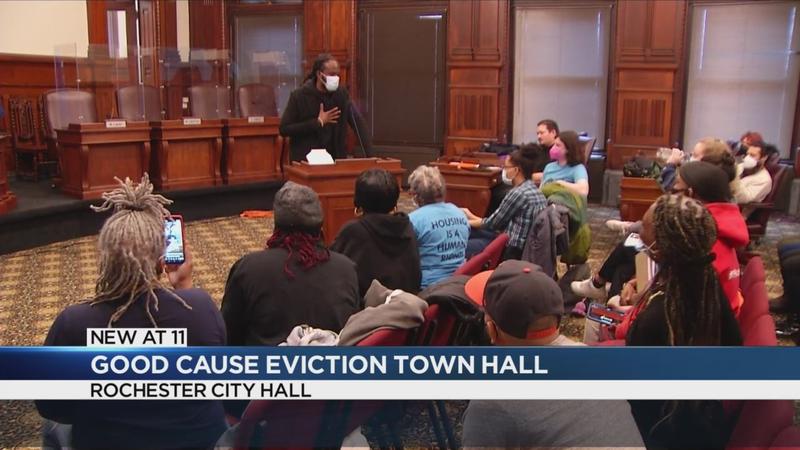 The bill is currently "in committee" so it’s hard to tell exactly how long it will be before it goes to a vote, but we’ll be following it every step of the way.