BUFFALO, N.Y. (WHEC) — The traffic up and down the U.S.-Canada border will now get a little lighter after a day of traffic delays.

The Public Service Alliance of Canada and the Customs and Immigration Union reached an agreement with Canada Border Services. A work-to-rule action went into effect Friday by border agents in Canada who are fighting for a new contract. The result was hours-long delays for traffic going into Canada on the Peace Bridge, Rainbow Bridge, and the Lewiston-Queenston Bridge.

According to our Buffalo affiliates, traffic was backed up for miles on I-190 north near the Niagara street exit Friday.

“We are relieved that CBSA and the government finally stepped up to address the most important issues for our members to avoid a prolonged labour dispute,” said Chris Aylward, PSAC national president. “The agreement is a testament to the incredible hard work and dedication of our bargaining team who worked through the night to reach a deal.”

Highlights of the tentative agreement include:

The move comes a few days ahead of when the border opens to fully vaccinated Americans on Monday. 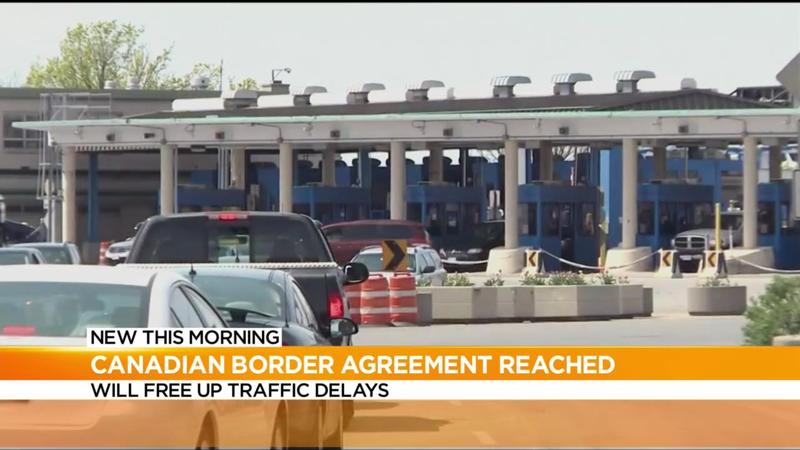