After the collapse in PA, News10NBC checked the status of our bridges

ROCHESTER, N.Y. (WHEC) — The collapse of the bridge near Pittsburgh got us wondering about the status of our roads and bridges. News10NBC found the list of bridges the state considers to be in poor condition.

The state says poor does not mean unsafe.

There are about 18,000 bridges in New York. The state is responsible for more than half of them. The law says every bridge has to be inspected once every two years.

We went to the 590 bridge over Monroe Avenue in Brighton. Some of the concrete has eroded at the top and along the columns.

It is due for inspection and Friday I saw scaffolding and tarps around two of those columns. "Routine maintenance" state transportation told me. 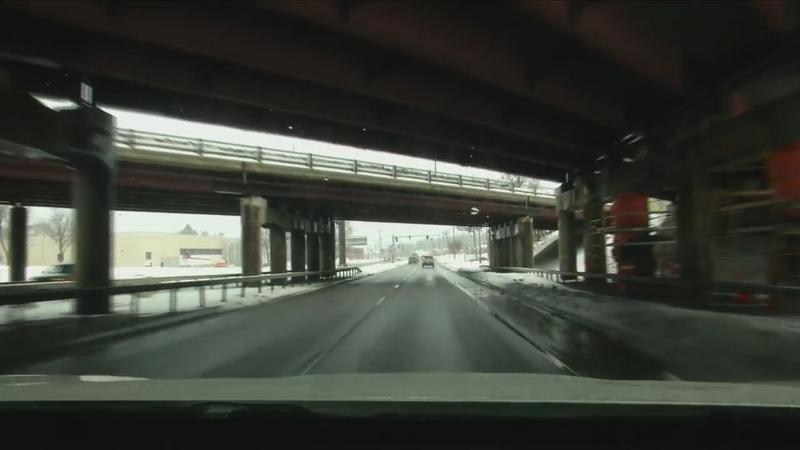 On the state’s bridge data report, it says the 590 bridge over Monroe is in "poor status." Again, that does not mean it’s unsafe. It means it needs work.

I went through the 31-page report on the 620 bridges in Monroe County. Fifty are considered to be in "poor status."

The 590 bridge was built in 1966. The bridge that collapsed near Pittsburgh was built around 1972.

Also Friday, the state comptroller released a report on road repair. It says cities, towns and villages in the Finger Lakes spent less per capita on road repair in 2020 than every other upstate region.

In Chili, they worked on 11 miles of roads last year, a standard amount.

I read part of the controller’s report to Chili Commissioner of Public Works David Lindsay.

Brean: "It says ‘Road spending by local governments declined 7% over the last 10 years, adjusting for inflation.’ Why do you think that is?"

Lindsay: "I think it’s probably pointing to the fact that you’re trying to maintain budgets and not have an increase in tax rates for the benefit of your residents but you also have increases in materials cost. I’ll give you a rough number. I think when I started here I want to say we were paying $45/$50 for a ton of asphalt. And now it’s going to be upwards of $70 a ton."

Brighton Town Supervisor Bill Moehle said the 590 bridge over Monroe Avenue in Brighton is scheduled for a full re-construction in two years.

A traffic report this month by a non-profit called "TRIP", which is sponsored by insurance companies and construction companies, said rough roads cost people in Rochester about $1,700 a year in car repairs and traffic jam delays.

The full bridge report for Monroe County is below:

Click here to see the reports for other New York counties.