ROCHESTER, N.Y. (WHEC) — An 8.2 magnitude earthquake rumbled off the coast of the Aleutian Islands in Alaska at around 2:15 a.m. EST Thursday, which was 10:15 p.m. Wednesday in Alaska.

This earthquake prompted numerous tsunami watches and warnings from Alaska to Hawaii, but luckily no tsunami took place.

Locally, the seismograph at McQuaid Jesuit High School picked up on the quake as the earthquake “waves” passed through the Rochester region just 10 minutes after the initial strike.

News10NBC First Alert Meteorologist Alex Bielfeld spoke with Colin Orr, a science teacher at McQuaid Jesuit High School, to learn more about how a seismograph works and how it measures the strength and location of an earthquake.

“It measures how far they are apart, the strength of the waves, and we use that data to figure out where an earthquake was and how much energy the waves are carrying," Orr said. "So, how large the event was in the Earth’s crust." 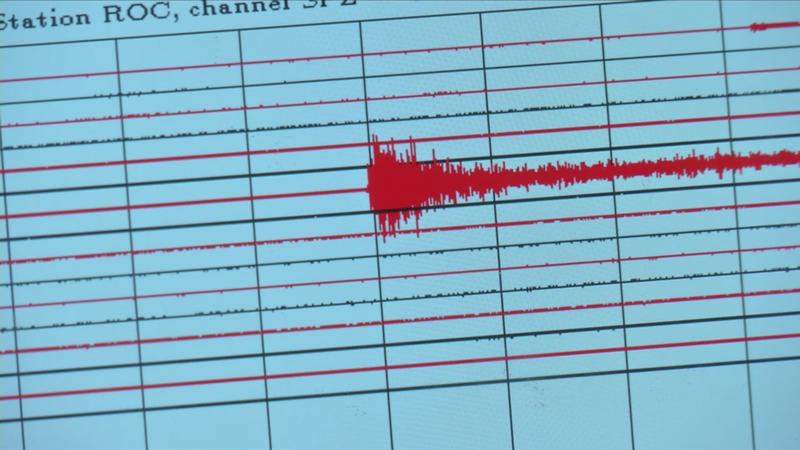 The waves he is referring to are known as P- and S-waves. P-waves are known as primary waves, and these are the fastest type of seismic waves and are the first to arrive and move in the horizontal direction of the surface of the Earth. Also, on occasion, animals can sometimes hear the arrival of a P-wave. P-waves are also known as compressional waves as the energy pushes and pulls the ground surface. Think of it as stretching out a slinky and pushing it from one end to see the compression of the slinky propagate outwards from the initial push.

Except for a few years here and there, the seismograph has been operational at McQuaid Jesuit High School since the 1950s, recording earthquakes all over the world.

"We can detect it here, and we can detect an earthquake from anywhere in the world," Orr said. "We’ve got earthquakes from Japan, from this station, from Australia, Fuji. New Zealand has produced earthquakes recently, but we aren’t going to feel it because that energy loses its intensity as it travels through the Earth’s crust and ocean."

The good news, Orr says, is that in Rochester, we are unlikely to see a quake on the magnitude scale as the Aleutian Islands just saw due to our location.

"So, we here in Rochester, we are kind of right in the middle of the North American plate, so we are not near and not ever going to really be near any of these large events just like what we saw in Alaska,” Orr said.

For a look at what the seismograph at McQuaid Jesuit High School recorded, click here.