Albany-area woman accused of stabbing, trying to decapitate her dog

Editor’s Note: The content of this story and the images below may be disturbing. Reader discretion is advised.

CAIRO, N.Y. (WNYT/WHEC) — A woman is facing animal cruelty charges after the Greene County Sheriff’s Office says she tried to decapitate her dog with a sword.

Pauline Waldron was arrested last week in the Albany area.

Investigators say she stabbed the dog, an Australian Cattle Dog and Blue Heeler mix named Peaches, several times before trying to decapitate her, and left her to suffer for about eight hours.

Peaches needed emergency surgery but miraculously survived. She’s currently being fostered by a veterinary professional. However, our Albany affiliate is reporting she’s got a long road ahead of her. 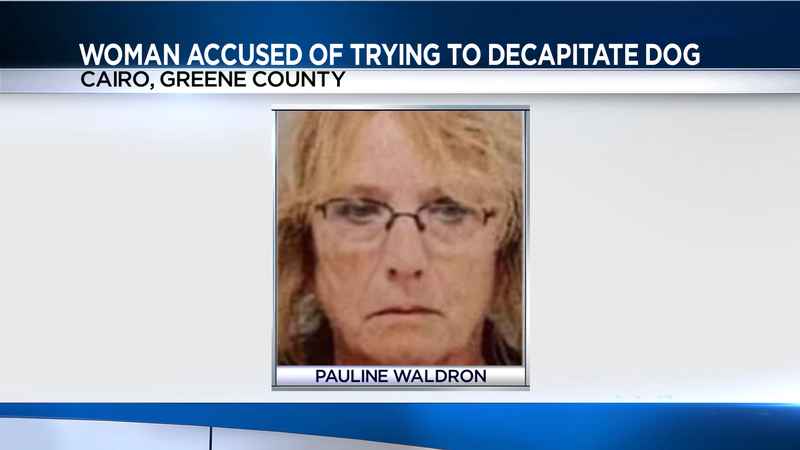 Peaches’ five K-9 siblings were seized from the woman’s home even though they had no visible signs of abuse. The Columbia-Greene Humane Society is hoping to foster them out as well.

Waldron is free on her own recognizance.