All County roads in Steuben County closed due to flooding earlier this month are now open, state of emergency continues

STEUBEN COUNTY, N.Y. (WHEC) — All County roads in Steuben County closed due to flooding earlier this month are now open.

BATH – All Steuben County roads closed due to last week’s historic flooding in Steuben are
now open.
County Public Works Commissioner Vince Spagnoletti said the last two previously closed county roads, CR 31 in the Town of Jasper, and CR 129 in the Town of Woodhull are back open. County crews and trucks are hauling out debris in the town of Woodhull.and will return Tuesday to help residents with clean-up efforts.

Officials in Steuben County warn drivers that some local roads and state roads may remain closed in areas impacted by flooding. Motorists are advised to follow all detour signs.

Steuben County is continuing a state of emergency in the towns of West Union, Woodhull, Troupsburg, Tuscarora, Greenwood, Canisteo, Jasper and Addison until further notice. Several area roads remain closed due to damage and debris. 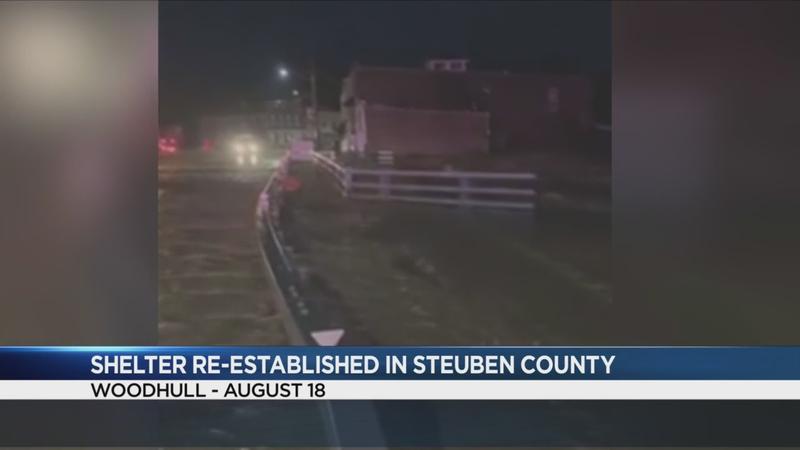 Public works crews will continue to inspect the damage and clear roadways. Steuben County is estimating more than 120 homes were damaged by floodwaters.

The state of emergency will remain in effect until further notice.

On Friday, the New York State Department of Environmental Conservation (DEC) issued an emergency declaration to help communities in Steuben County rebuild critical infrastructure after severe storms and flash flooding. The DEC says this action will speed up permit reviews for work to repair infrastructure and structures on and over waterways, restore waterway channel capacity, and perform other activities necessary to restore public safety. In addition, the DEC will conduct site visits, meet with property owners and local leaders, and offer technical help to review all emergency permit applications received.

"We’re declaring a state of emergency in Steuben County as State agencies and all available resources remain on the ground responding to the remnants of Tropical Storm Fred, and we continue to assist local partners helping communities recover in affected areas," Governor Cuomo said. "While this system has begun moving out of the state, our work is not over and all New Yorkers should know that state resources remain available to any locality in need of support."

Wednesday night, Steuben County called for the evacuation of the south side of the town of Addison along Tuscarora Creek due to flooding levels but has since allowed residents to return to their homes.

County officials say if residents’ natural gas service is not functioning upon their return, they should call Corning Natural Gas Customer Service at 607-936-3755. Additionally, if residents smell the odor of natural gas, they should not enter the building and immediately call 911. Residents who need help with damage can call 211.