Altercation ends with stabbing at Speedway in Palmyra

PALMYRA, N.Y. (WHEC) – An altercation ended with a stabbing Saturday night in the village of Palmyra.

Police say that at approximately 9:29 p.m., the State Police responded to the Speedway Gas Station in the village of Palmyra for a reported assault. Troopers discovered that there was an argument between Martin Hillenbrand, 32, and a 17-year-old male, about Hillenbrand leaving two young children—ages 3 and 10 months—unattended in his vehicle.

The 17-year-old was driven by individuals that were with him to a house and 911 was called. He was then airlifted to Strong Hospital and remains in stable condition.

Hillenbrand was arrested for assault in the first degree, criminal possession of a weapon in the third degree, and two counts of endangering the welfare of a child. 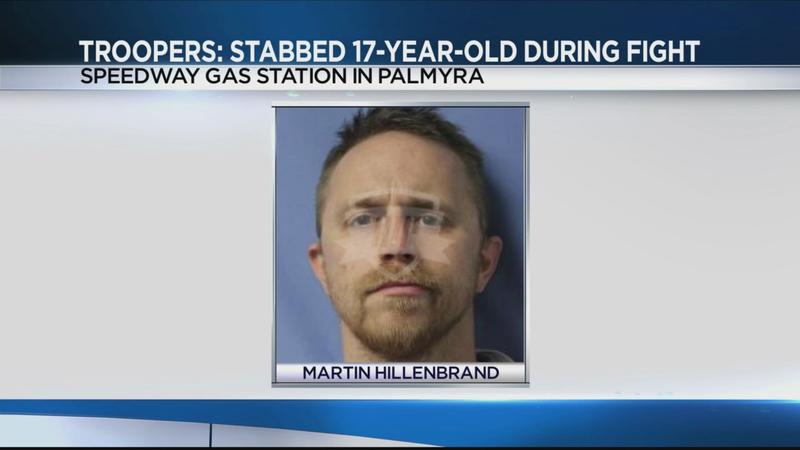 Hillenbrand was taken to the Wayne County CAP.