An In-Depth look at the Rideout family

ATTICA, N.Y. (WHEC) — Colin Rideout was the oldest of seven children born to Craig and Laura Rideout, and during his widely publicized murder trial, details emerged about their complicated family dynamic and the often stormy relationship between his parents.

The marriage would ultimately result in a split that, by all accounts, didn’t end amicably. A fierce custody battle followed, which prosecutors say was at the core of this case.

"It was not a good environment and not one I thought children should be in," Rideout said during an exclusive prison interview with News10NBC’s Brett Davidsen.

Rideout now resides at Attica State Correctional Facility — convicted, along with his mother, Laura, of killing his father. Here, he has plenty of time to think about his upbringing and his parents.

He claims he had no part in the murder plot — only in the clean-up of blood evidence. But he also doesn’t sugarcoat his feelings toward his father. 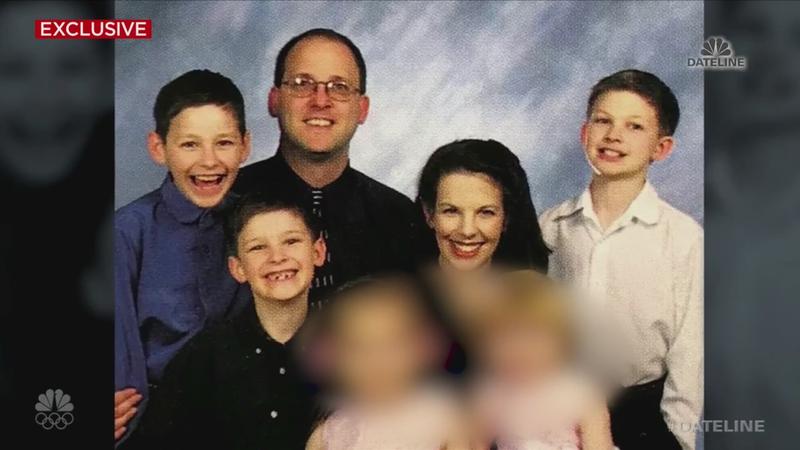 "I did not respect or admire the man, he was likable," Rideout said. "I could have enjoyable conversations with him and we could talk about history or economics or philosophy, but at a certain point I felt it was irresponsible of me to separate that from his personal conduct."

Conduct that Rideout claims included threats, lies and abuse. He spelled it all out in an angry email to his father just days before his violent death, accusing him of also dragging out the divorce with Colin’s mother to retain control over her.

Brett Davidsen: "How about your relationship with your father. What was it around the time of his death?"

But Rideout admits he never actually witnessed any type of physical abuse. And abuse allegations, while raised and widely reported during pre-trial hearings, were ruled inadmissible by the judge and never mentioned at trial. Meanwhile, friends and family of Craig Rideout painted a much different picture — that of a gentle and devoted father.

Davidsen: "Are you sad about your father’s death?"

Rideout: "I am. I really felt like there was time to kind of clear away the lies and the negative behaviors and build a positive relationship, but it couldn’t be built on a foundation of me turning a blind eye to things or him continuing to treat my mother and sisters just horribly."

According to prosecutors, the custody battle was central to the plot to kill Craig Rideout. Laura was planning a move to North Carolina with her boyfriend and wanted to take the children with her. But Craig had custody of the two youngest and wasn’t about to let them leave the state. By getting rid of Craig Rideout, prosecutors argued, Laura Rideout would be free to move on.

Davidsen: "Before this happened, did you think your mother was capable of murder?"

Rideout: "No, but only because I didn’t see her as very capable in general."

If his father was controlling, Rideout says his mother was flighty.

"Honestly, she was kind of someone I felt responsible for in the sense that, if you didn’t keep track of her, she would miss appointments," Rideout said. "She would be late for things."

In the end, Colin and Laura Rideout would together be sentenced to life in prison for murder. But in her appeal, Laura Rideout pointed the finger of blame at her sons.

Davidsen: "How would you describe your relationship with your mother now?"

Rideout: "I have not spoken to her in years. I don’t know that there is a relationship."

As for Colin Rideout, he will be 50 years old when he’s eligible for parole.

Davidsen: "When you wake up in your prison cell every day, knowing that you may or may not ever get out, what kind of goes through your mind?"

Rideout: "I have really been forced to live very much in the present, which is strangely a very liberating thing."

Rideout said he has been reviewing the notes and the evidence and plans to file a motion to argue actual innocence based on evidence he believes should have been presented. He also plans a formal appeal to his conviction.