Another Walworth Town Board member charged with child sex crimes 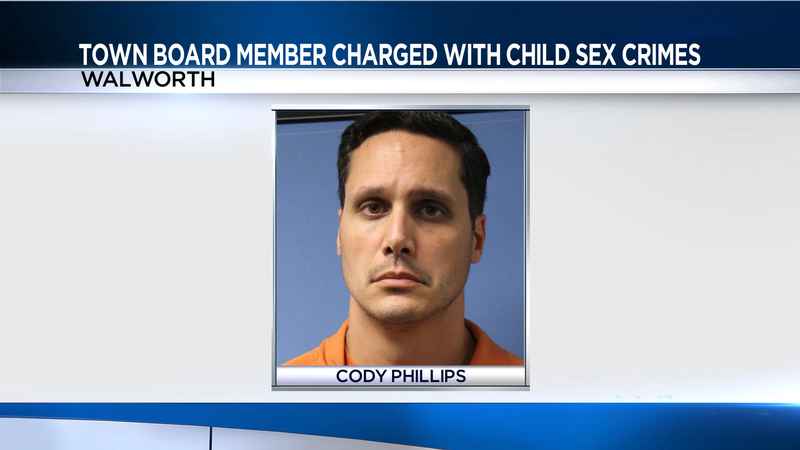 WALWORTH, N.Y. (WHEC) — Another member of the Walworth Town Board is facing child sex crime charges.

New York State Police arrested and charged 39-year-old Cody C. Phillips with felony course of sexual conduct against a child and misdemeanor endangering the welfare of a child. He is accused of having sexual contact with the child over the course of several years.

Phillips is listed on the town’s website as a liaison to the assessment and sewer departments, with a term set to expire on Dec. 31, 2021.

"At this time, law enforcement is currently investigating the matter," Jacobs said in a statement. "As details become available, I may have additional comments, but I have nothing further to say on this matter at this time."

Phillips’ arrest comes just weeks after now-former board member, Karel Ambroz, was arrested for allegedly using social media to attempt to meet up with a 14-year-old to sexually abuse the child, only to find an undercover detective.

Troopers say it is not known if there are more victims of Philips, but anyone with information is asked to contact Investigator Matthew Kent at (585) 398-4100.

Phillips was arraigned and released on his own recognizance.