The "Aqueduct Reimagined" project is the keystone of dozens of active ROC the Riverway projects—the largest in scope and cost—and will take more than five years to complete.

“Aqueduct Reimagined ties together so many assets that are unique to Rochester,” said Mayor Evans. “With the support of New York State, a vision created from years of study and ideation, and the input of our community, we are going to make this project a long-awaited reality.”

New York State has committed $9.5 million for the "Aqueduct Reimagined" project to-date. That money will be administered by New York State DOT. 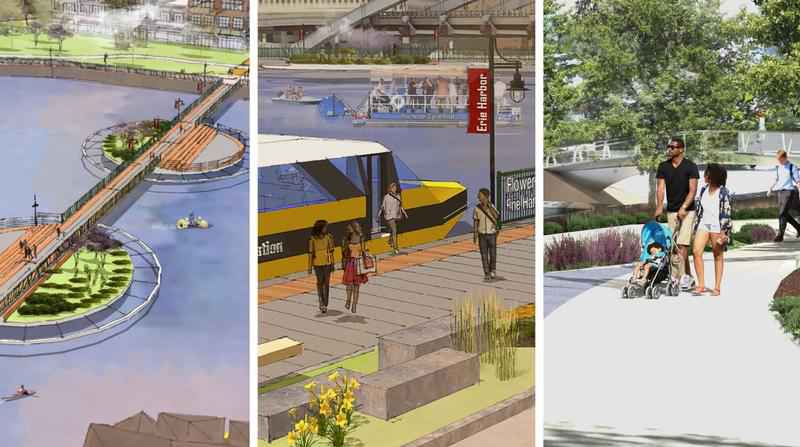 Gov. Hochul announced on Saturday that $100 million would be allocated to lower the northern part of the Inner Loop in Rochester to street level—the goal of that project is to connect historically underserved communities to downtown Rochester, the Genesee River, and the High Falls District. The project will also help with creating new green spaces within the city and assist the ROC the Riverway Program.

According to the city’s "Roc the Aqueduct" website, the "Aqueduct Reimagined will create a central gathering place while improving connectivity to the downtown waterfront but transforming the Broad Street Bridge into an iconic public space by removing the vehicle deck and improving connectivity for the Genesee Riverway Trail." More on the Aqueduct Reimagined can be found here.

Below is a timeline of the Aqueduct Reimagined project: