ROCHESTER, N.Y. (WHEC) — As coronavirus restrictions ease up, the music is cranking up all over Rochester.

Around the area, performers, venue owners and agents report live music is experiencing a reawakening.

“When you are in front of an audience, it’s ‘Let’s have a good time and go out there and play and kick butt,’” exclaimed Jerry Falzone who took the stage with his band “Liar’s Moon” at Iron Smoke Distillery in Fairport.

Falzone said his band wasn’t idle during its unwanted coronavirus performance hiatus, spending the pandemic in the studio recording a new album, but he says there’s a different energy from the crowd, enhanced in recent months, with more people willing to come out and enjoy live music.

The change is a big relief for Iron Smoke owner Tommy Brunett who vividly remembers the Celtic band he had scheduled when capacity limits and lockdowns shut him down. 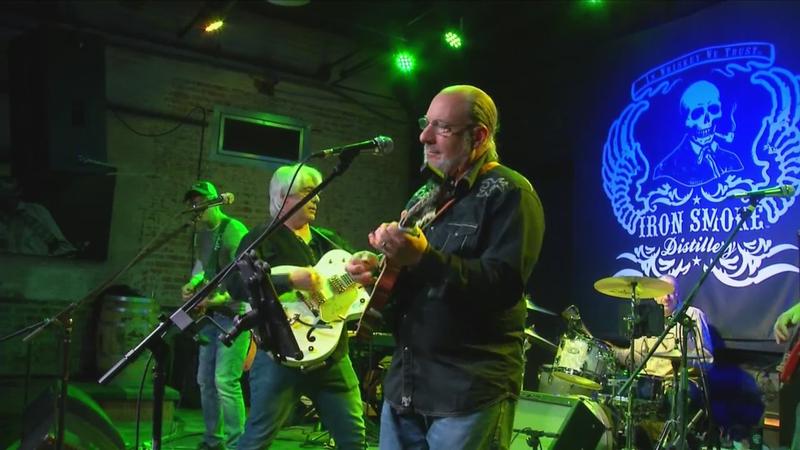 “We’re kind of punch drunk right now,” he declared. “We’re shaking it off like a wet dog and coming out and experiencing crowds again.”

Over the next few days, into this weekend, there are almost two dozen live performances scheduled in bars, clubs and music venues in the Rochester area, as coronavirus restrictions have eased up and audiences and performers have gotten more confident about coming out, after a long, brutal COVID-19 dry spell.

“As a music producer, the last two years have been bad for me,” sighed musician, producer and booking agent Woody Woodward who admits taking a brutal hit when the Corn Hill Festival was canceled, twice. “I was on unemployment for 18 months because of all this.”

But the music community’s comeback is delivering some thrilling surprises, like a benefit concert at Photo City Music Hall on Sunday in honor of musician Dave Riccioni, which brought in more than 500 people and raised $13,000.

“As a musician, I played in Buffalo at the Whiskey Riot Fest,” Brunett said. “And it was sold out. And a lot of the shows. People want to come out and experience it. So it’s been good.”

Brunett is triple vaxxed himself, says he’s following all the required protocols and that the rule now is letting fans do what helps them feel safe to come out and enjoy the show.

“It’s like having your favorite toy taken away from you when you were a kid,” Falzone said. “All of a sudden you get it back after like, say, two years for example, and become something far more precious to you. And I think that’s what happened with music.”