ROCHESTER, N.Y. (WHEC) — One of the newly hatched owl babies at the Seneca Park Zoo has died, announced the zoo on Facebook on Wednesday. The owl’s sibling appears to be healthy.

Seneca Park Zoo welcomed the two owlets this summer, with the first owlet hatching on June 29 and the second on July 4. The baby’s mother, Winter, came to Seneca Park Zoo in 2012 from a South Dakota Zoo. Their father, Tundra, came from a bird sanctuary in Pittsburg in 2013.

The snowy owl is a vulnerable species on the international IUCN Red List. The owl is found in arctic climates, such as Alaska, northern Canada, and northern Russia. Researchers have noticed a decline in the owl’s population and they’re working to uncover why. 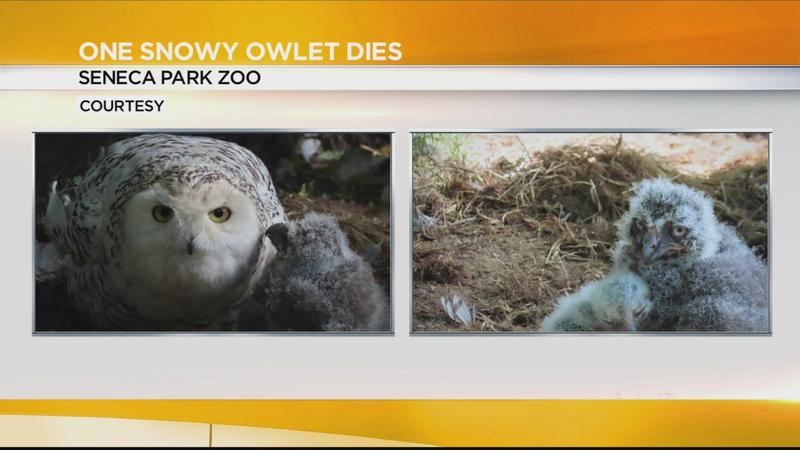 Seneca Park Zoo has recently welcomed other baby animals as well. Two giraffes were born, one on April 29 named Olmy and another on July 12. A litter of Canada lynx kittens was born on June 15.

“This has been an exciting year for Seneca Park Zoo, with the successful birth of two giraffe calves, a litter of Canada lynx and now two snowy owl owlets,” said Monroe County Executive Adam Bello. “I’m happy to welcome these hatchlings to the Seneca Park Zoo family and thank the expert zookeepers and staff who work so hard every day to ensure the welfare and good health of all our animals.”