ROMULUS N.Y (WHEC) — Cornell Wildlife Hospital euthanized a bald eagle on Saturday after the bird showed neurological problems associated with the avian flu. The death rate for eagles and other raptors with the virus is nearly 100%.

A statement from the Finger Lakes Raptor Center, at Sampson State Park in Romulus, said that a park manager saw an eagle fall out of a tree and crash into shrubs on Friday night. The raptor center, which rehabilitates injured birds, identified the male eagle as experiencing symptoms of avian flu.

The next morning, the eagle was taken to Cornell Wildlife Hospital, where veterinarians isolated and treated him. The eagle was euthanized because so few raptors survive the disease.

The Finger Lakes Raptor Center said the veterinarians made the right decision to euthanize the eagle, adding "it is still sad that this majestic symbol of our country will no longer be soaring over Sampson State Park."

The ID band on the eagle’s foot indicates that he was 19 years old. The park has already identified the avian flu in migrating waterfowl and said that other birds, such as raptors and herons, are susceptible to this highly contagious disease. 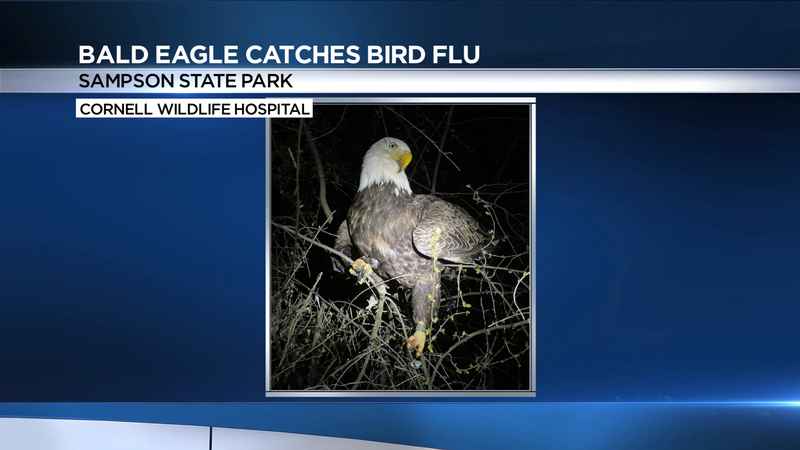