WASHINGTON, D.C. (NBC) – Steve Bannon, a former adviser to Donald Trump, has been found guilty on both counts of contempt of Congress for blowing off the Jan. 6 Select Committee.

After the verdict was announced, Bannon’s legal team addressed the ruling, adding that they believe the case will be "reversed on appeal."

“The overreaching by the government in this case has been extraordinary on every level,” Bannon’s attorney David Schoen said. “But shame on this office of the United States Attorney’s Office and the Department of Justice for how far it went in this case.”

"I want to thank the jury for what they did, the judge, particularly the court administration here, everybody,” Bannon said. “I only have one disappointment and that is the gutless members of that show trial committee — the J6 Committee — didn’t have the guts to come down here and testify in open court."

Bannon faces a mandatory minimum sentence of 30 days incarceration and up to one year behind bars. He could also be fined between $100 and $100,000. 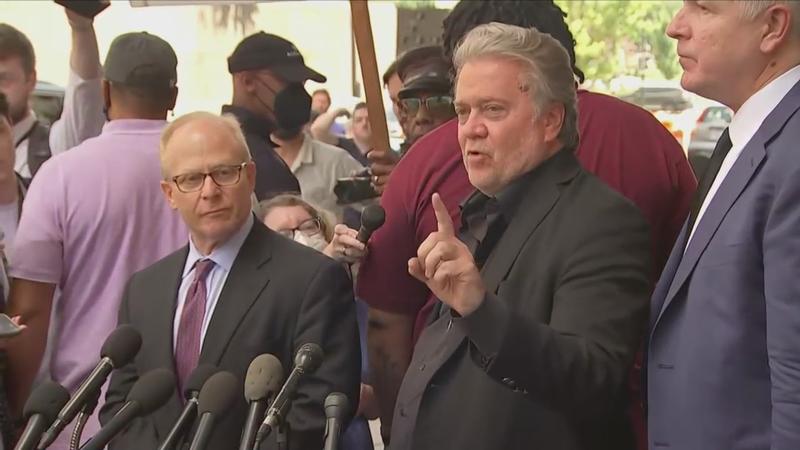 His sentencing is scheduled for Oct. 21.