Bath, N.Y. (WHEC) — In a Facebook post on Friday, the Bath Police Department announced it will not enforce New York’s new concealed carry laws in some public places in the village.

The post states officers will not arrest people who have a concealed carry pistol permit and a licensed handgun in the village park or playground.

The post says quote: "police cannot be everywhere and your right to protect your family and others is our priority."

The new state law prohibits carrying a concealed weapon on public transportation and in most other public places like schools and government buildings but Bath police say they will confer with the district attorney before making arrests. 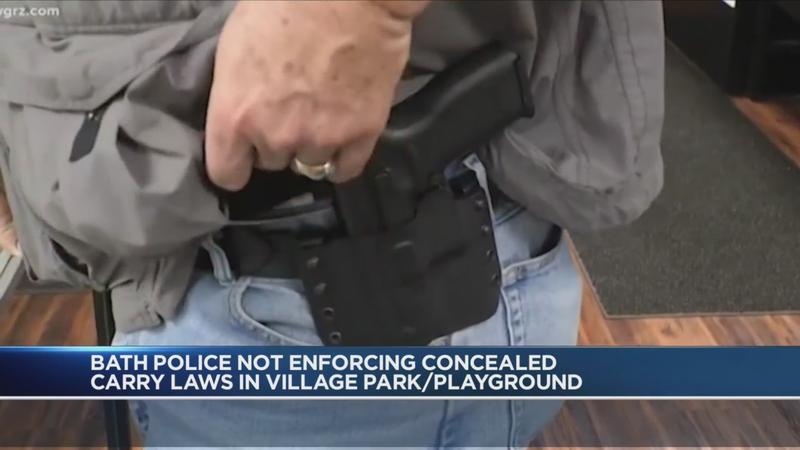