ROCHESTER, N.Y. (WHEC) — Just when Monroe County lawmakers thought that they had the catalytic converter crime solved, the county executive said no.

Adam Bello thought it would kill jobs and push the profits and crime to other counties so Thursday he vetoed the bill that passed with a supermajority.

But the problem of people cutting catalytic converters off of cars and selling them at scrap yards for a huge profit is a huge problem. So News10NBC caught up to the county executive to press him about his veto.

Brean: "Why veto this law regard catalytic converters?"

Bello: "Because the law unfairly harmed local businesses, could potentially cost a lot of jobs here locally. And won’t solve the problem it’s looking to solve." 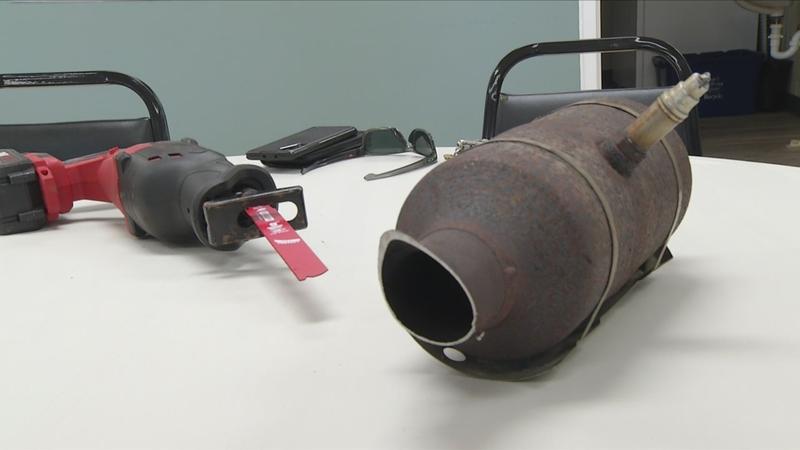 We’ve investigated the theft and sale of catalytic converters all year.

It happened across the county.

It increased fines for people caught stealing them, but it also made recycling centers and scrap yards do all kinds of extra paperwork and created delays and it only applied to companies in Monroe County.

Thursday, the county executive vetoed it.

Bello: "All if really did is it’s going to take bad actors and they’re just going to push them to the outlying counties."

At the Sept. 14 meeting when the bill was passed, the head of the scrap recycling industries in western New York pleaded with lawmakers to delay their vote for a month.

Lawrence Schillinger, environmental attorney Institute of Scrap Recycling Industries: "Those jobs are in peril because of this bill. And the reason why is because provisions of the legislation are so onerous it will drive legitimate catalytic converter trade out of the county."

Thursday, Schillinger thanked Bello for the veto and released this statement: "Willful ignorance is no defense for legislative malpractice. The sponsors of this ill-conceived bill refused to meet with the recycling industry. Public policy makers at the very least owe their constituents a commitment to be informed and to consider the impacts of their proposals… Had it been signed into law the legislation would have put hundreds of jobs in Monroe County at risk… This legislation was poorly conceived. The proposed law would have failed to solve a short-term problem while creating long-term damage to the recycling industry in Monroe County."

A recording of the September legislature meeting shows there was a debate, but in the end, the bill passed 20 to 7.

Brean: "The veto doesn’t solve the problem of catalytic converters getting cut off cars and being sold."

Bello: "No but what the veto does is stops a law that could potentially impact thousands of jobs that isn’t going to solve a problem."

The county executive said this has to be a regional or state law so that it doesn’t harm businesses in Monroe County.

The sponsor of the bill, republican Paul Dondorfer said at the meeting that the state has always balked at doing something about this.

"I am deeply disappointed in County Executive Bello for vetoing legislation that would have curbed the theft and illegal sale of catalytic converters in our community. Removing the incentive for a quick cash profit through mandating scrap yards to wait 14 days before paying for turned in catalytic converters is a common-sense step to stopping these crimes. Supported by scrapyards, law enforcement and a majority of this legislature – County Executive Bello finds himself alone with other local democrats in opposition to this important legislation and his opposition promotes the violation of the law."

It takes 18 votes to override the veto.