Best Seat In The House: Charlie and the Chocolate Factory

ROCHESTER, N.Y. (WHEC) — Originally written as a book by Roald Dahl in 1964, the story was adapted into a film starring Gene Wilder in 1971, and again in 2005 starring Johnny Depp. Now, it’s been reimagined and adapted into a live theater performance, and it’s on stage this weekend with the Rochester Broadway Theatre League at the Auditorium Theatre.

If you’re a die-hard fan of the book or one of the movies, actor Zakiya Baptiste, who plays the high-energy chewing gum enthusiast Violet Beauregarde, says there will be something for you to love in the stage adaptation.

"Our version of ‘Charlie and the Chocolate Factory’ is a nice hybrid of both the books and the book and the movies," Baptiste said. "And so you get a little bit of old school, new school, and then a little bit of broadway flair thrown in there as well."

This stop on their national tour is a bit of a homecoming for Penfield native Peter Isaac, who plays trombone in the pit orchestra.

"One of the strong points of the show is actually the underscoring, what’s going on musically while we have scene changes, or there’s some like chaotic activity on stage," Isaac said. 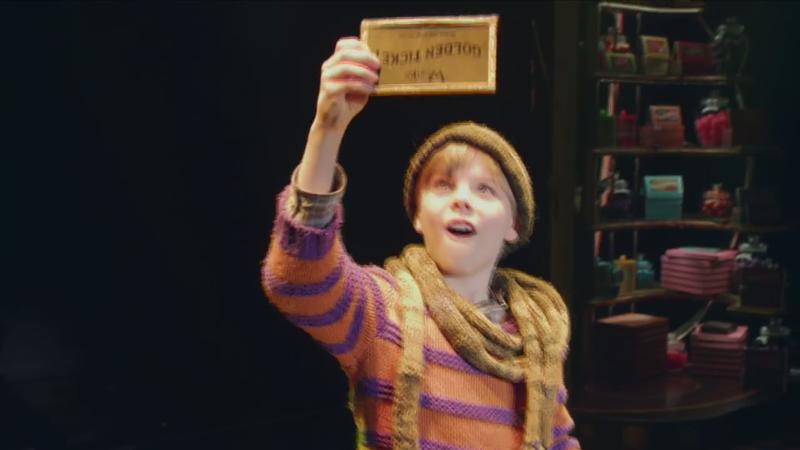 Growing up locally and studying music in high school, this isn’t Isaac’s first time visiting the Auditorium Theatre, but this time he’ll be performing on stage for some familiar faces in the crowd.

"My grandma’s coming," Isaac said. "She’s in Pittsford, and she used to take me to musicals at the Auditorium when I was a kid."

If you want to "view paradise," as Willy Wonka would say, click here to get your tickets to "Charlie and the Chocolate Factory," on stage at Rochester’s Auditorium Theatre through this Sunday, Nov. 21.

Click here to learn more about the national touring production.