After graduating from Fairport High School in 2015, Kemp went on to study musical theater at the University of Michigan (which is consistently ranked one of the top theater schools in the country). Just two weeks after graduating from Michigan, Kemp burst onto the professional scene, booking the North American tour of Dear Evan Hansen.

Performing on stage at RBTL is a bit of a full-circle moment for Kemp’s burgeoning career.

"I’m so, so grateful that I get to do it at home," said Kemp. "We grew up seeing shows at RBTL, and now we get to actually be… I get to be on stage, and do it for all of my friends and my family and my extended family who’s coming. I can’t even put into words what that’s going to feel like. I know I’m going to be nervous."

Kemp understudies three different characters (including the title role), and he has to be ready to go on for any one of them at a moment’s notice. He explained to News10NBC’s Emily Putnam the experience of playing (and organizing) three separate roles: 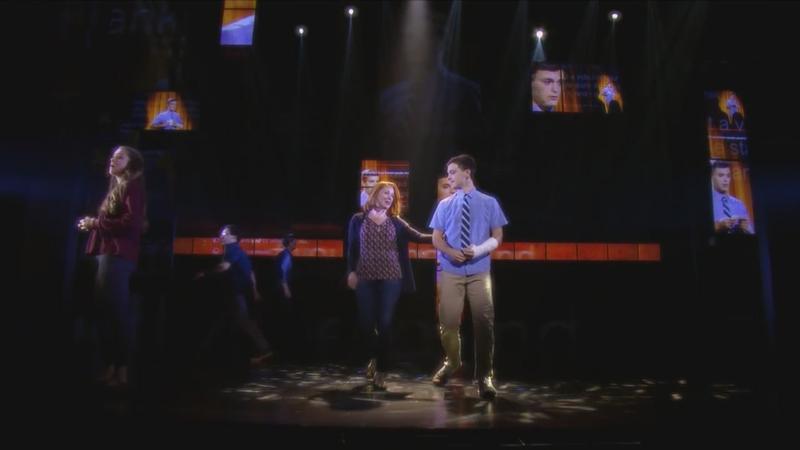 "My brain is a little bit of mush right now," said Kemp. "The big thing for me was color coordination with all three of my roles. So, Evan is blue in my notebook and Connor is purple… There was one week recently where I had to do Connor in rehearsal, then Jared at night, and then an Evan run the next day, and my mind was like… I had to take a second and be like… who am I playing right now?"

He jokes that because he plays so many characters, sometimes he does scenes by himself playing multiple roles at once (a skill that came in particularly handy while performances were on hiatus during the pandemic shutdown in 2020).

Due to other cast members’ vacation schedules, it just happened to work out that Kemp would play the lead — Evan Hansen — while the tour is in his hometown this weekend.

"I’m just so grateful to be able to be back in Rochester, and get to do this show," said Kemp. "It’s like an absolute dream. I can’t believe this is my life."

The tour has brought Kemp and his castmates to the Kennedy Center in Washington D.C. as well as dozens of major theaters all across the country. While he’s in the Rochester area, Kemp plans to visit his alma mater, Fairport High School.

"I’m gonna go say hi, go to the choir room where I used to hang out all the time and, like, watch videos of Broadway performers and things like that," said Kemp. "Thinking that would never happen to me, but it would be so lovely if it did, and now it is."

With themes of mental health, grief, fitting in, and the grip of social media, the Tony award-winning musical has one particular theme that stands out to Kemp.

"The power of forgiveness, I think is the biggest thing for me," he said, reflecting on the many powerful moments within the storyline. "That people can do absolutely horrible things, but at the end of the day you have the power and the right to forgive those people."