ROCHESTER N.Y. (WHEC) — Big Brothers Big Sisters have a new partner and we got a chance to find out how it’s making a difference.

This partnership taps into local men and women in uniform. We saw the program in action at Roberto Clemente School No. #8 on Thursday. The program called Bigs and Badges is a new partnership between the Monroe County Sheriff’s Office and Big Brothers Big Sisters.

It puts people like Deputy Victor Rivera and Sion Wall, an 11-year-old at School No. 8. Wall says he wanted to get in the program for games, talks, outings and everything brothers do. It’s a win, win for this 6th grader at School No. 8.

Wall is excited to be in this program. Wall says he’s always wanted a big brother and he wants to hang out, have fun, and have talks.

At 23, Rivera says when he’s not in uniform, he’s a big kid and he has a brother around Sion’s age. Rivera said the program is fun and he likes being able to make a difference. 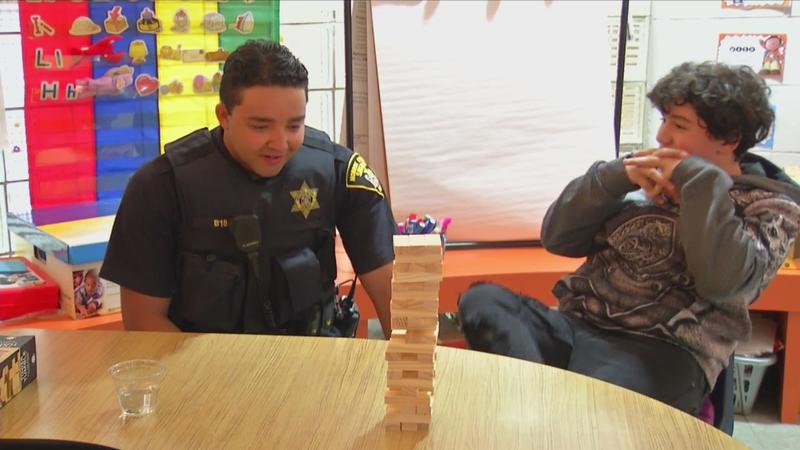 "I think sometimes police have a bad rap about police that we’re all angry and rough and tough and stuff like that," Rivera said. "I say all the time outside of this uniform I’m a kid. I’m just as human as anybody else. Showing him that side. I also play basketball, I play Jenga. I’ve gone through things personally. I’m just human."

Wall said he’s glad to be part of the program.

What you don’t see about the program is probably the most important part of it. 100% of high school seniors in this program not only graduate, they avoid the juvenile justice system.