Quarterback Josh Allen is one of them for the third straight year.

Wide receiver Stefon Diggs is joining him as an offensive leader for the first time since coming to Buffalo.

Diggs said it’s something special for him.

"Dion Dawkins speaking on his behalf was saying he felt like I could’ve been a captain last year,” Diggs said. “It meant a lot to me and it means even more to me now just as far as being acknowledged by your peers, not only your peers but your teammates, the guys you ride for every game, at practice, and the fact that they trust you. They trust you in their biggest moments. They trust you on a daily basis that you’re going to do the right thing on and off the field.” 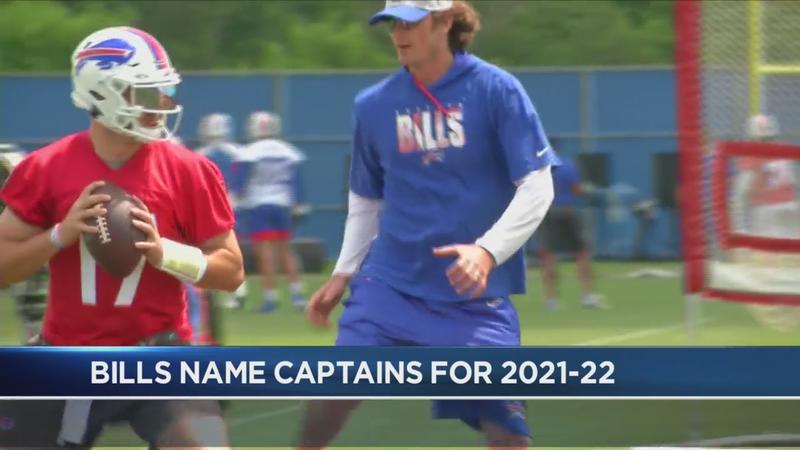 The rest are safetys Micah Hyde and Jordan Poyer on defense and Reid Ferguson, Tyler Matakevich and Taiwan Jones on special teams.

The Bills open their season Sunday against the Steelers in Orchard Park.