The statement from the Pegula family said they are grateful for the progress she has made over the past few days, adding she has “an exceptional team of medical experts at her side.”

The statement didn’t specify the type of medical issues and asked to respect the family’s need for privacy. It’s also unclear where she is being treated because the Pegulas have homes in Buffalo and south Florida.

The Buffalo Bills said in a Tweet that they’re sending their love and prayers to Pegula.

Quarterback Josh Allen says the whole team is praying for Kim and asks the community to do the same. 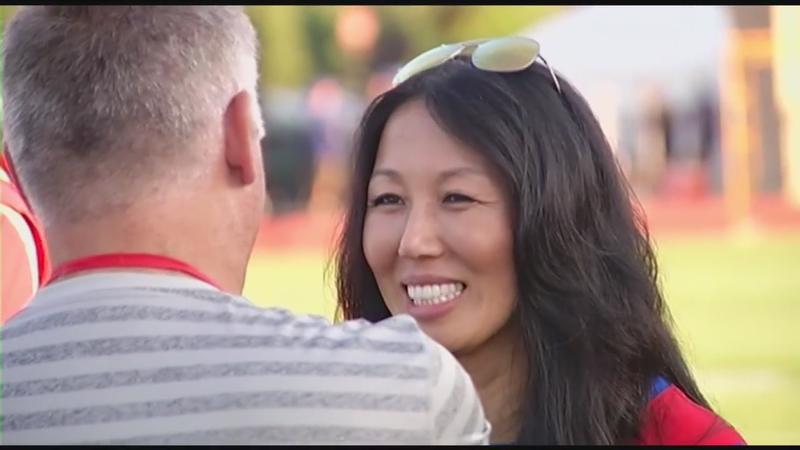 Head Coach Sean McDermott is asking everyone to respect the Pegula family’s need for privacy at this time.

"In my mind, they’re the best owners in the NFL," said McDermott. "I’m probably biased, but that’s how I feel in my heart. Just look at what they’ve done for Western New York, this organization, for the multiple organizations and companies that they own around here. And then personally what they’ve done for me and my family. I don’t know that I’ll ever be able to repay them."


All of Bills Mafia is sending our love and prayers to you, Kim. We are with you and the entire Pegula family. ????

Pegula celebrated her 53rd birthday last week and is the wife of Terry Pegula, who turned his natural gas fortune into a Buffalo sports empire. The family also asked people to keep Kim and the Pegula family in their prayers.

The Pegulas first purchased the Sabres in February 2011, a year after Terry Pegula sold his natural gas drilling rights to Royal Dutch Shell for $4.7 billion. The Pegulas then purchased the Bills from the estate of owner and founder Ralph Wilson in 2014 for what was a then-record price of $1.4 billion.

Orphaned after being born in South Korea, Kim was adopted by Ralph and Marilyn Kerr in 1974 and grew up in Fairport, New York. She is Terry Pegula’s second wife.

Kim Pegula is president of Pegula Sports and Entertainment, which owns the Bills, Sabres, Rochester Knighthawks, Rochester Americans, and other sports franchises.