Bills deep on the defensive line

ORCHARD PARK, N.Y. (WHEC) — It is week three of training camp and tough roster decisions will soon need to be made.

The Bills are particularly deep on the defensive line. One of their newer additions is Efe Obada, who joined the Bills in March.

He’s played all 42 career games in Carolina and hopes to be a contributor in Buffalo. 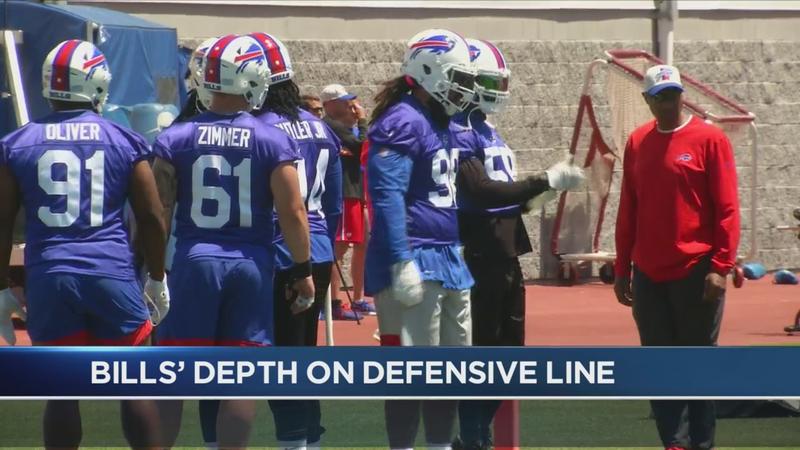 "I love rushing the passer, so you just continue adding to that, making it more instinctual in terms of my reaction and just add to my run game," Obada said. "I think that’s something that I wanna add to so I can be an all-down type of player and contribute in every aspect that I can."

Their depth at defensive line particularly stands out, especially having drafted Greg Rousseau and Boogie Basham and with the return of Star Lotulelei.

The battle to make the roster doesn’t seem to be too dominating amongst the line though.

"No matter where you’re at and how deep the team is, you don’t look at the numbers, at least I don’t," said Bills defensive lineman Justin Zimmer. "Just because if you get caught up in the numbers and you’re worried about where you’re playing when you’re doing reps and stuff, I learned a while back to just, when you’re in there, make some plays and let everything else play out."