ORCHARD PARK, N.Y. (WHEC) — The Bills are back to the field as they get set to open things up at home.

Buffalo gears up for Pittsburgh for the third time in as many years, looking to carry that winning mojo over from last year that got them within just one game of the Super Bowl.

For all the national conversations and debates about what Josh Allen is as a quarterback after his first year, the 25-year-old has only gotten better over the past two, with 2020 being the signature season. He shattered several franchise QB records.

Now, as the case is with the entire team, there’s a bit more pressure on the Wyoming grad this year but Sean McDermott believes he’s got a ton of poise, which makes that a non-issue.

"He’s a special person, raised by a great family, obviously just has his mom now, a great, great woman who continues to support him," McDermott said. 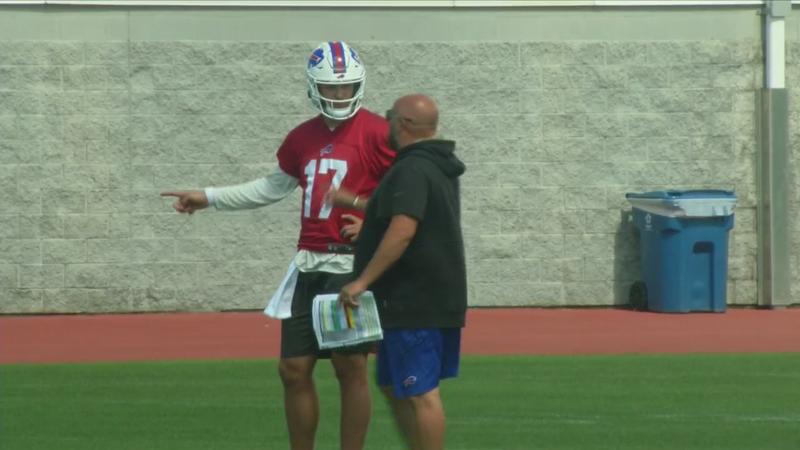 "We didn’t win the whole thing last year so we know there’s more work to do, and I hear stories from guys like Dave and a guy like Emmanuel, guys who have wanted the feeling that they get, and it’s something that I dream about, having that type of feeling so that’s what drives us every day," Allen said.