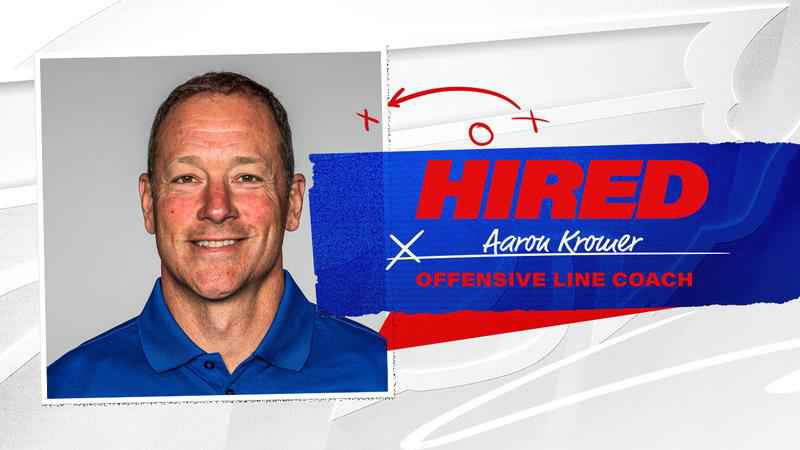 BUFFALO, N.Y. (WHEC) — When Bobby Johnson left for the giants, it opened up another void on the Buffalo Bills coaching staff, but Monday, that void of offensive line coach was filled.

Aaron Kromer has been named the new one. Kromer spent the past four seasons as the Rams’ run game coordinator and o-line coach.

Now he’s back with Buffalo after working with them in the same role during the 2015-16 season.

The 21-year coaching vet was helping lead a Bills offense that was atop the league in rushing yards a game with 152.