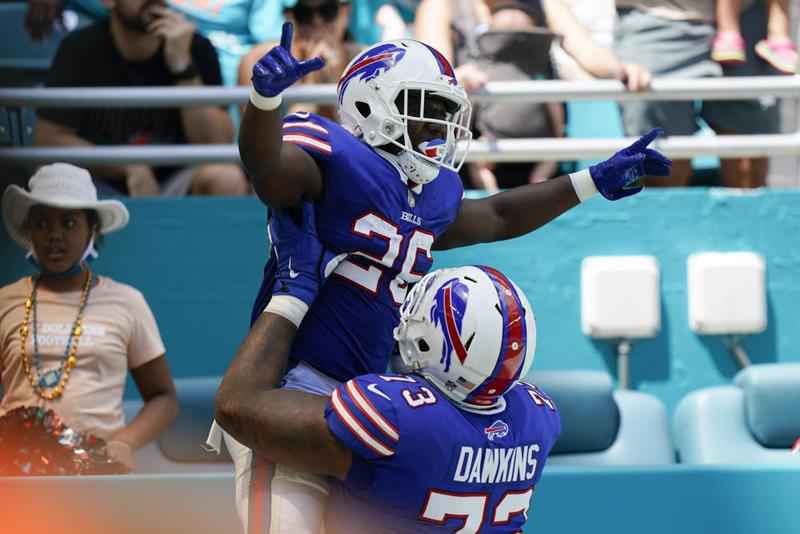 ORCHARD PARK, N.Y. (WHEC) — The Bills are in the win column after Sunday’s W. At Hard Rock Stadium, a win that saw some early offense but most of it coming after halftime.

After starting the game with back-to-back touchdowns, the Bills offense stalled a little, not putting anything up the rest of the half, but right out of the locker room the offense came alive, marching into the endzone on their first possession and scoring 14 more in the fourth.

So it raises the question: What gave them some more life after the break?

"Just finding some comfortable plays that the entire offense likes," said quarterback Josh Allen. "Our receivers were comfortable with some of the stuff we were running in the 2nd half. I know I was. Not saying that I wasn’t early on, but it’s more game plan stuff."

"I didn’t think we were really into a rhythm in the first half even though we scored fourteen so i.t was good to see that in the second half," said Head Coach Sean McDermott.