Bills Open Up OTAs; Von Miller On The Field For First Time Since Signing 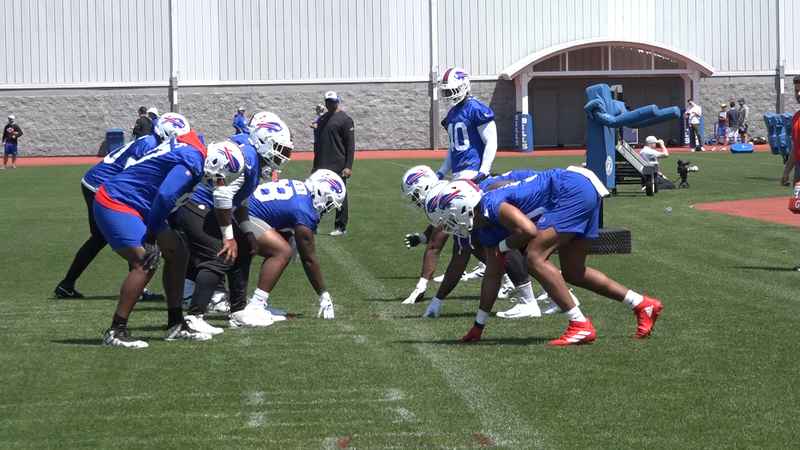 ORCHARD PARK, NY (WHEC) – The Buffalo Bills opened up OTAs on Tuesday afternoon in Orchard Park marking the first time the team is on the field together. One of those was Linebacker Von Miller. He dawned the blue and white for the first time since signing a 6-year $120 million contract with the Bills in the offseason.

Miller, a 2x super bowl champ, isn’t just expected to be a key piece of the defense, but also a mentor to the younger guys as much as he is a key piece to the defense. That all goes towards something sean mcdermott is high on as the team assembles for the first time.

"I think that chemistry is big, you know, chemistry of just getting to know one another," said McDermott. "Building that trust that A, that needs to be there because there are new pieces to it as well as the coach player relationship among the the new pieces that we have in the coaching staff as well. So all of that is is important that that gelling of the team this time of year and it’ll continue on through training camp. And then we do have some new players that really need to get up to speed on our system."

Buffalo opens preseason on August 13 against the Colts.