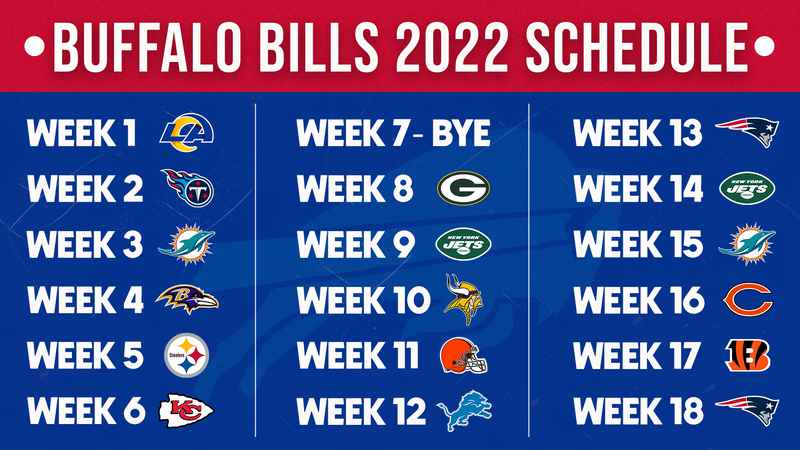 The team made the announcement in a tweet Thursday. It’s one of five primetime games Buffalo will have on its full schedule, after having four last season. As is expected, eight of those games will be against division opponents. Three of their seventeen matchups will come against NFC North squads with LA being the only other non-conference game. Games highlighted will be on News 10 NBC.

The Bills head into this season expected to contend for a super bowl after winning their 2nd straight division title last season and making the playoffs for the fourth time in five seasons.