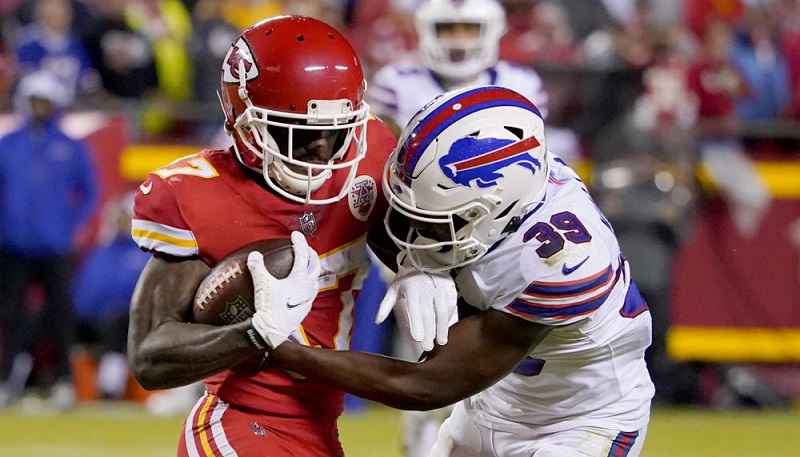 ORCHARD PARK, N.Y. (WHEC) — While the Buffalo Bills’ strong offensive line is a major reason why the team was able to shatter a points record with their game against the Kansas City Chiefs Sunday night, it’s not the only reason.

It’s tough to ignore the other side of the ball: the defense, which forced a pair of interceptions and recovered two fumbles has allowed the fewest points a game, fewest yards a game, and owns the league’s best red-zone defense.

There was a heavy emphasis on sticking to the game plan heading into the game and Defensive Coordinator Leslie Frazier made sure wouldn’t let anything get in the way of keeping his group of guys on track.

"I had actually written on my call sheet ‘Be patient’ just to remind myself to stay patient and they might a play here or there but stay with the plan, when our players play, they do a good job, both Tyreek Hill and [Chris] Kelsay, they really have a great outlet so, […] they did a terrific job and I laid out the plan for our defensive line," Frazier said.