ROCHESTER, N.Y. (WHEC) — It might be time to rename the Section V Class AA girls basketball championship to the "Bishop Kearney Invitational."

The Kings or "Lady" Kings have now been to a dozen straight sectional title games, reaching it there every year since head coach Kevan Sheppard’s second season in charge.

This year, the championship aspirations are in the hands of senior guard Kaia Goode. Goode has been an offensive force for the team, averaging over 20 points per game. She’s also the team’s top defender.

"For years I’ve always been a defensive player but this year I’m kind of stepping into that offensive limelight. And it’s just putting in that work," Goode said about her improvements. 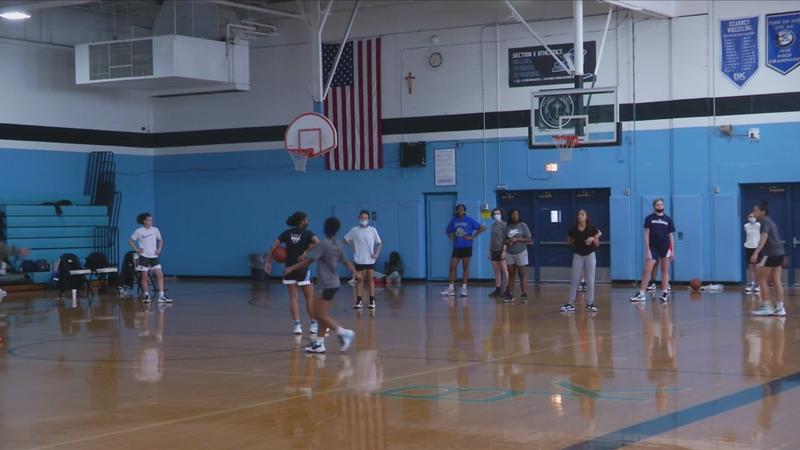 The team around her has seen it too. It’s a freshman heavy team, which is nothing new for the program, according to Sheppard. However, Goode still has an impact on the younger players around her.

“She influences a lot in practice and stuff and she shows us different things right and wrong," said freshman Amaia Jackson.

“The way she plays. She plays hard all the time, she doesn’t get tired, keeps going," Klarissa Goode said.

Yup, Kaia Goode gets to lead by example to her younger sister, who also gets big minutes in the backcourt.

Luckily the bickering is reserved for off the court.

"In the games we tend to connect a lot more and we’re pretty vocal with each other as well so we have that kind of connection going on," Kaia Goode said.

On Saturday, the Goode’s and the rest of the "Lady" Kings will want that connection to be pristine.

That’s when they’ll have a chance to makeup for last year’s championship loss, and send Kaia Goode out on a high note. It’ll come against the 2-seed in the tournament, Fairport.

“We really got to defend, we really got to rebound and we got to execute and if we do all of those things it should put us in a good position. But that’s not an easy thing to do," Sheppard said.

Tip-off is set for 7 p.m. at Rush-Henrietta High School. We’ll have highlights and the final score here on WHEC.com and at 11 p.m. Saturday.