BROCKPORT, N.Y. (WHEC) – Brockport police are investigating a hate crime after someone whipped a rock through a window of a home last night on Fayette Street.

Allison Parry-Gurak says her pride flag has been up all month, and that just last night, a rock came crashing into her living room.

She says before this incident, her pride flag was recently ripped down, along with another neighbor on her street.

I spoke to that neighbor this afternoon who was shocked. Allison says she has lived in the Village of Brockport with her wife and two young kids for 8 years, and vandalism like this has never happened. She says it’s a scary situation but refuses to give in to hate.

“The flags not coming down it’ll be up there. I’m sad and angry at this point I’m just like this needs to be told and people need to know that this still happens and this is not what pride is about love people misconstrue it sometimes that it’s about shoving it in peoples faces and that’s not what it is pride is really to celebrate where we’ve come,“ said Parry-Guzak. 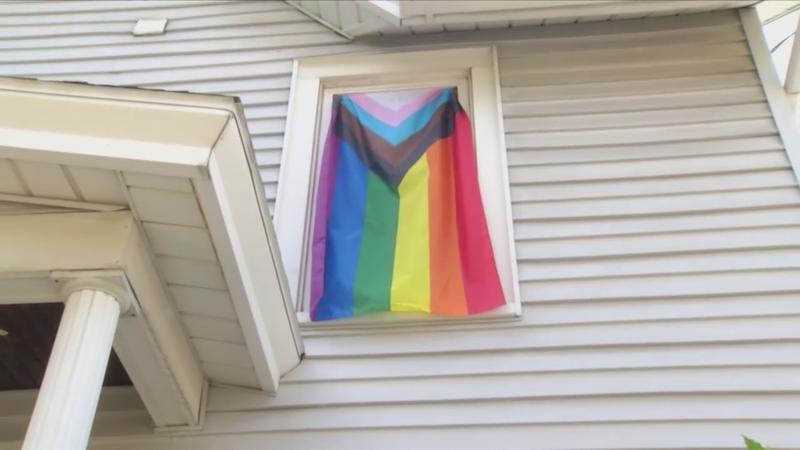 Police have not yet figured out if this crime was motivated by the pride flag. It’s still under investigation. As for Allison, she says she went out today and bought security cameras.