BUFFALO, N.Y. (WHEC) As the headliner in the Antioch Baptist Church for the service, National Action Network leader Al Sharpton said “Enough is enough” as he called for action against gun violence, and racism, in the name of the 10 people who died in the shooting rampage at a Tops Market in Buffalo on Saturday.

"Buffalo will not accept anything less than justice and accountability," Smith said.

Sharpton blasted the white supremacist ideology that investigators say motivated shooting suspect Payton Gendron, and criticized figures like former President Donald Trump, but also called for action over the social media venues where Gendron is believed to have posted his manifesto and Twitch, where part of the rampage was live-streamed. 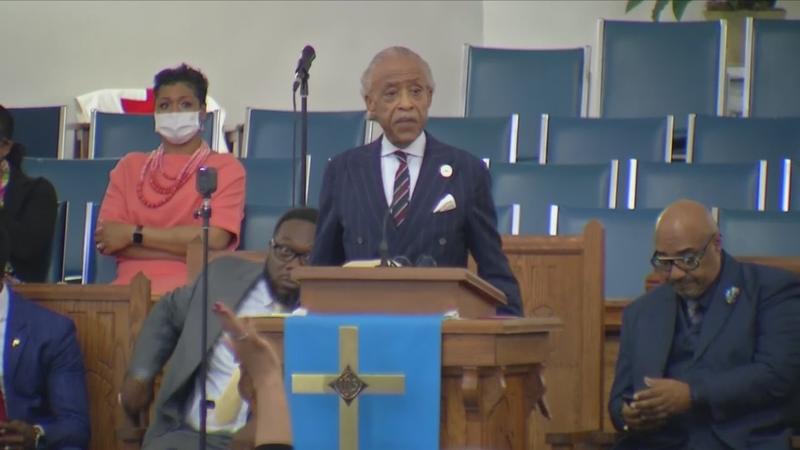 The service included heartfelt expressions of sympathy and support for the victims, as well as solidarity for a shaken Buffalo and demands for action.